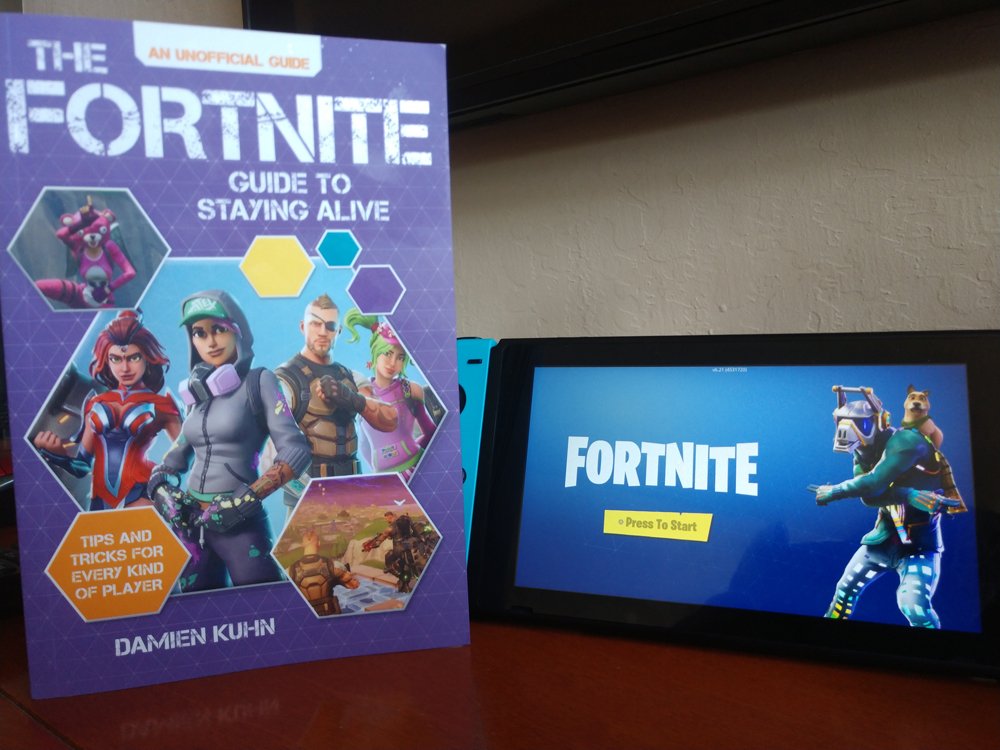 Fortnite is inarguably the biggest game on the planet right now. Everybody is playing it. Gamers, kids, streamers, children, athletes, tykes, and even some of the biggest names in Hollywood (except for Lady Gaga who, as we found out last night, is more of a Bayonetta fan and that fact alone should get her at least one Oscar next year). Fortnite is impossible to escape, and for me, it’s been something of a regular activity on my PlayStation 4, as it’s the one game my nephew and I can play together. Well, actually there are other games like UFC and I did buy him Overwatch a few years ago, but this is the only game he seems to care about.

There’s just one problem: I am terrible at Fortnite. In fact, I suck at all battle royale games in general. I’ve never dined on a chicken dinner, never claimed a victory royale, never got whatever you get when you win at H1Z1. I’m just awful and no matter how much I play, I don’t seem to get better.

A few weeks ago, a representative with publishing outfit Andrew McMeel contacted us with news of their new unofficial guide for Fortnite. It’s called The Fortnite Guide to Staying Alive, and it’s available in what remains of bookstores today. As the worst battle royale player on staff, I decided to give the book a read to see if, in fact, I could find a way to stay alive in Fortnite and no longer have to hear the disappointment in my nephew’s voice every time I die. 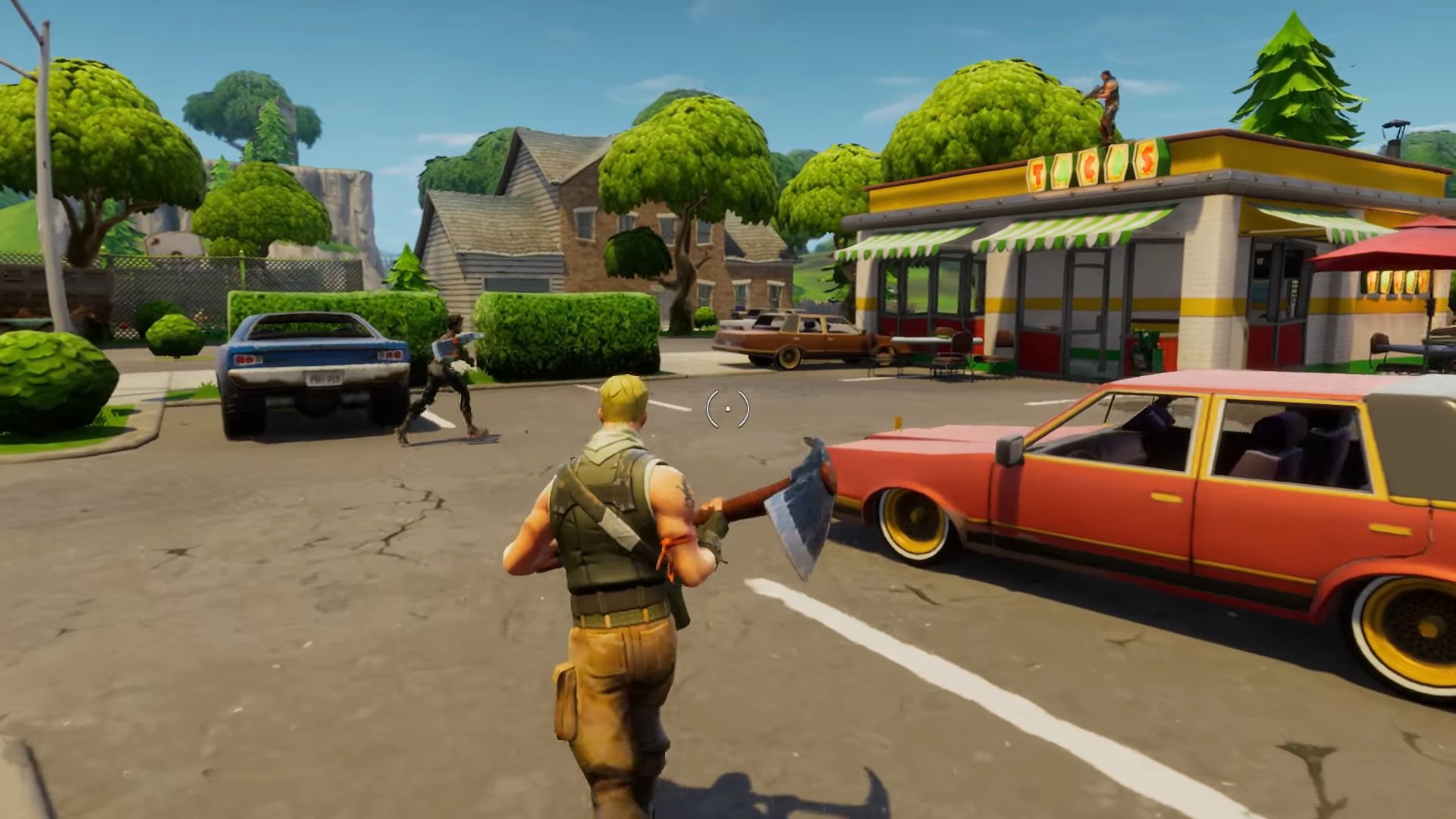 At a sparse 78 pages, The Fortnite Guide to Staying Alive is closer to a game manual than a real guide and, already, it’s outdated. On the second to last page, there is an acknowledgment that between the writing and publishing of this book, new items and locations were added to the game. The ‘chiller trap’ is nowhere in the book while the suppressed submachine gun, removed in version 6.0, is still there. As Fortnite is a continually evolving game, those types of changes are bound to happen.

No guide for a game like this is going to be perfect or completely up-to-date, which is fine if it offers information outside of a basic rundown of guns, traps, and map locations. While a majority of pages do focus on those bits and pieces of the game, there are plenty of passages dedicated to the art of staying alive. It begins with tips on where and where not to jump at the very start of a match and explains which weapons are the best to use in any given situation. Most of this information can be gleaned from actually playing the game, but for anybody who’s never leaped from the battle bus before, it’s not a bad primer. There’s even more “advanced” techniques for building secure fortresses – if you’re lucky enough to reach the final moments of each match – and strategies to use when playing in duos or squads.

This isn’t a bad little manual for a game that can appear Gordian, but I wanted to know if the knowledge in those pages could be put to practical use. So, for the past two weeks, I’ve been playing Fortnite on my PS4 and Switch to see if I could survive. In solos, I didn’t do too bad. I managed three separate top 10 finishes by going with the guide’s advice to play it safe at the beginning, stay away from locations with a lot of fighting, and use the double-stair/wall method in the final throes of battle to keep my enemies at bay. Over the past fortnight, I played approximately 93 matches and the closest I got to a victory royale was a ninth-place finish in solo. I’ll take it. 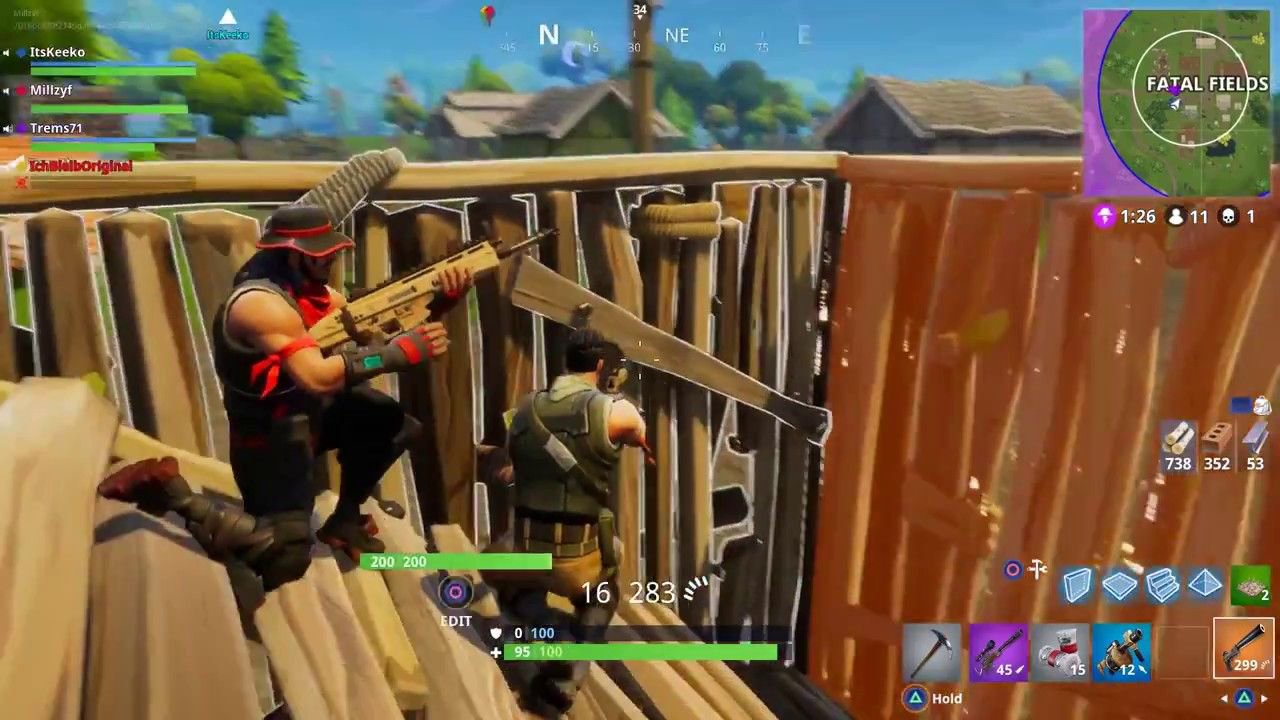 Duos and squads were a different story. With my nephew unavailable, I was stuck playing with randos for the past two weeks. I have my problems with playing Overwatch with strangers, but Fortnite is on a level of its own. Here are a few of the highlights: 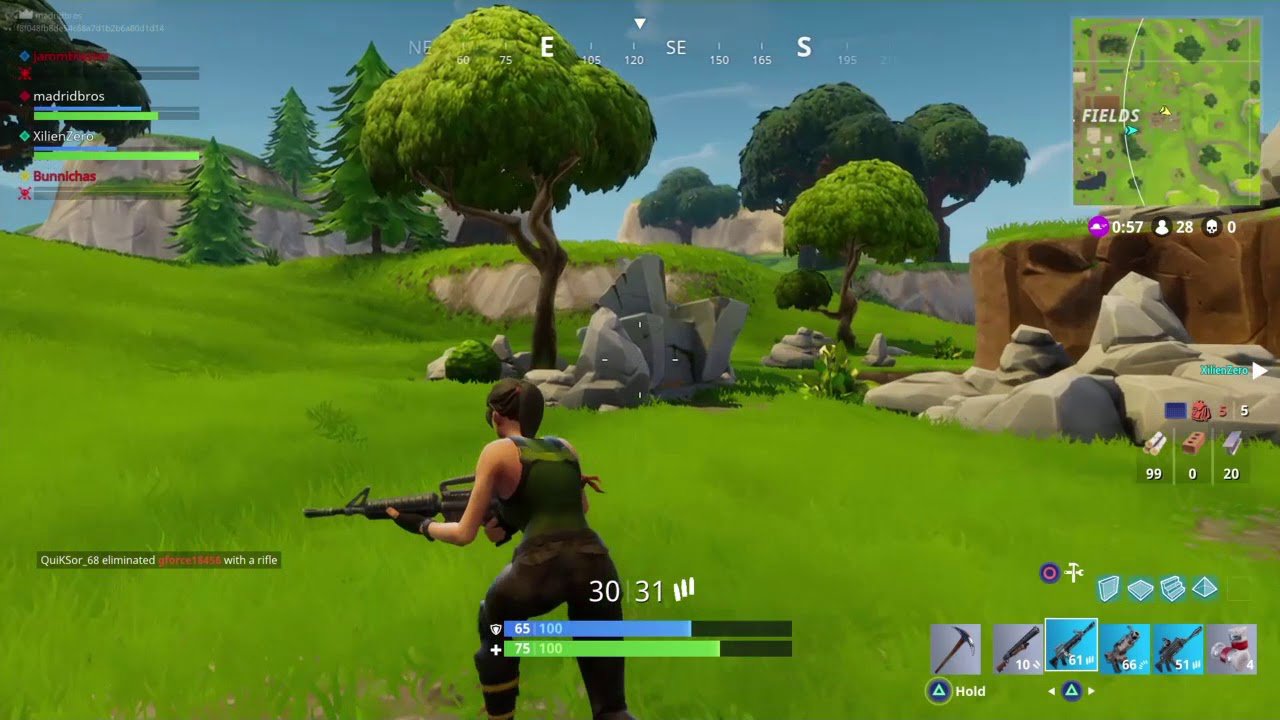 All of those experience add up to make for a game I never want to play again, but there is one more moment that absolutely takes the proverbial cake: My team landed at Tilted Towers and within seconds I happened upon a chest with a legendary heavy shotgun inside, which I used to take out an opponent who landed just moments after I did. One of my teammates was killed and because the area was crawling with enemies, none of us could save him. I was alone in this building until one of my teammates appeared and immediately started slashing at me with his sickle pick-ax.

Initially, I thought this was a newbie to the game, but as he was adorned in Battle Pass gear, that probably wasn’t the case. Through four floors of this building, this teammate would not stop attacking me with his pick-ax. I had no idea what the hell he wanted until finally, he turned on his microphone.

“Give me the shotgun,” he whined in his 12-year-old voice. “I want that shotgun. You have my shotgun. Give it to me, I want it. I want the shotgun.” This continued on for a solid minute until I finally dropped the shotgun and told him to take it. He then proceeded to not pick up the shotgun, go outside the building, and immediately die. I could have gone down to revive him, but I mean, would you?

Despite the absolutely awful experience I had teaming up with strangers, I did learn a few tips from The Fortnite Guide to Staying Alive that actually helped me play better than I ever did before. I’m better at choosing starting locations, can more competently construct buildings to stay alive longer, and am more deadly in the heat of combat when properly equipped. It’s just all of those tips were best put into practice when going about it solo, when I don’t have to worry about the well-being of teammates who seem to think we all want to listen to the 6ix9nine they’re blaring in the background. I have no doubt my future endeavors through this game will include matches spent in duos and squads, but I’ll be damned if I play another round with a kid who starts crying because he forgot to thank the bus driver.