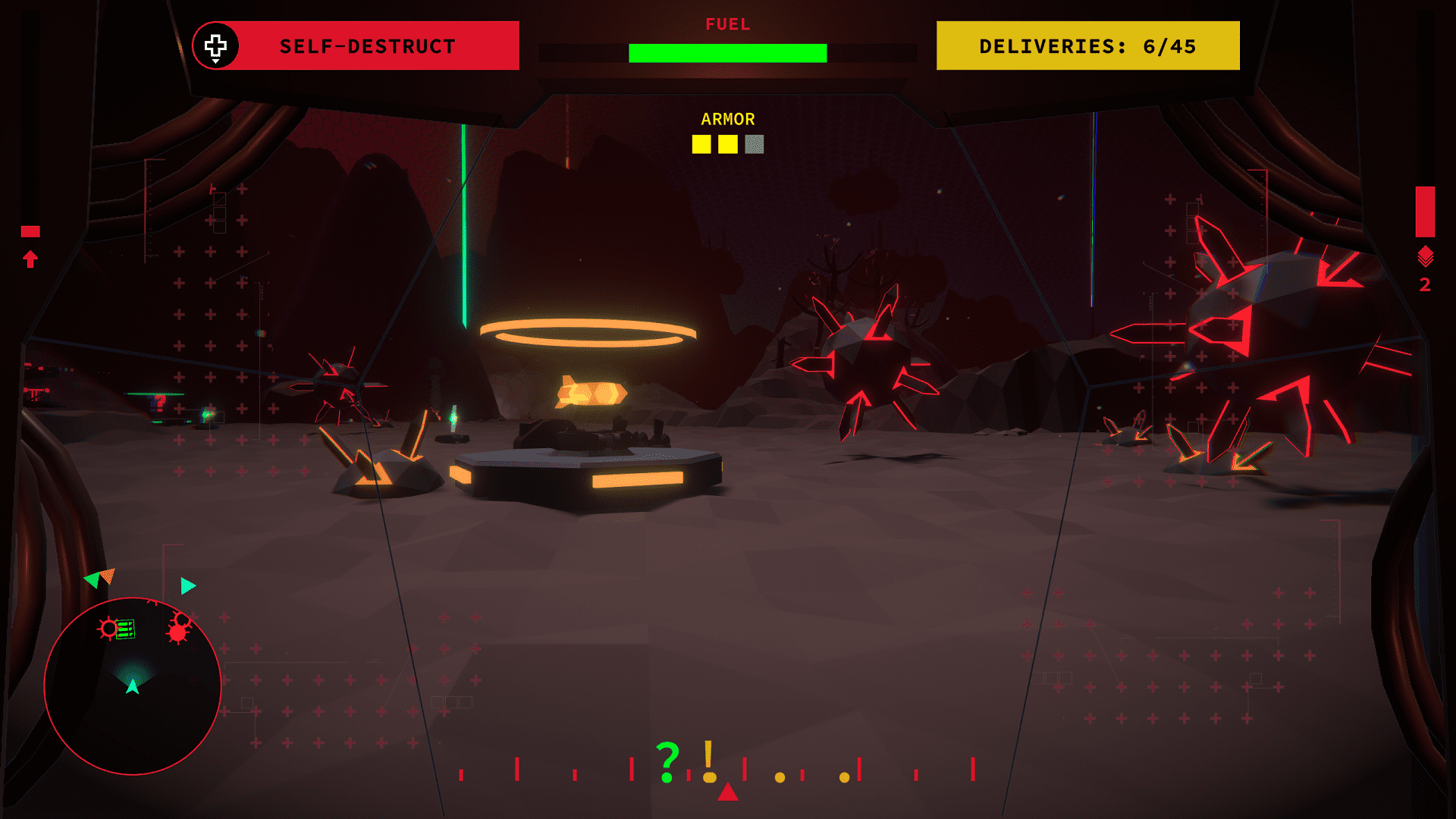 See your deliveries through and possibly destroy the moon, too

There are plenty of games about the mechs that do battle in war, but what about the ones moving supplies behind the lines? Can Androids Survive is a new short-form game about carrying out deliveries as a battlefield courier, and it’s out right now on Itch.

As a walking supply truck of a mech, Can Androids Survive has the player navigate around various obstacles and hazards while dealing with their fuel gauge. While you undertake your mission to deliver supplies on the war-torn Moon, you might also learn a bit about yourself, and what your existence really is. And, apparently, you blow up the Moon at some point.

Can Androids Survive is written by Can Androids Pray writer Xalavier Nelson Jr., who also wrote this year’s An Airport For Aliens Currently Run by Dogs. It’s developed by aPriori Digital, with music by Priscilla Snow and sound design from Audiac Audio.

This mech-delivery sim is available now on the Itch.io storefront for $14.99, though plans are in place for a console release in early 2022.

Now, I do love some good giant robot combat. But I’m pretty interested in this take on mechanized warfare as well. Seeing a version of war that shows the logistics behind the frontlines, while letting you view the carnage from a different point of view, sounds pretty intriguing.

If you’re into the idea of Death Stranding with a lunar, mechanized twist, this might be up your alley.

Filed under... #Can Androids Survive#indies#Itch#mech#PC#Strange Scaffold