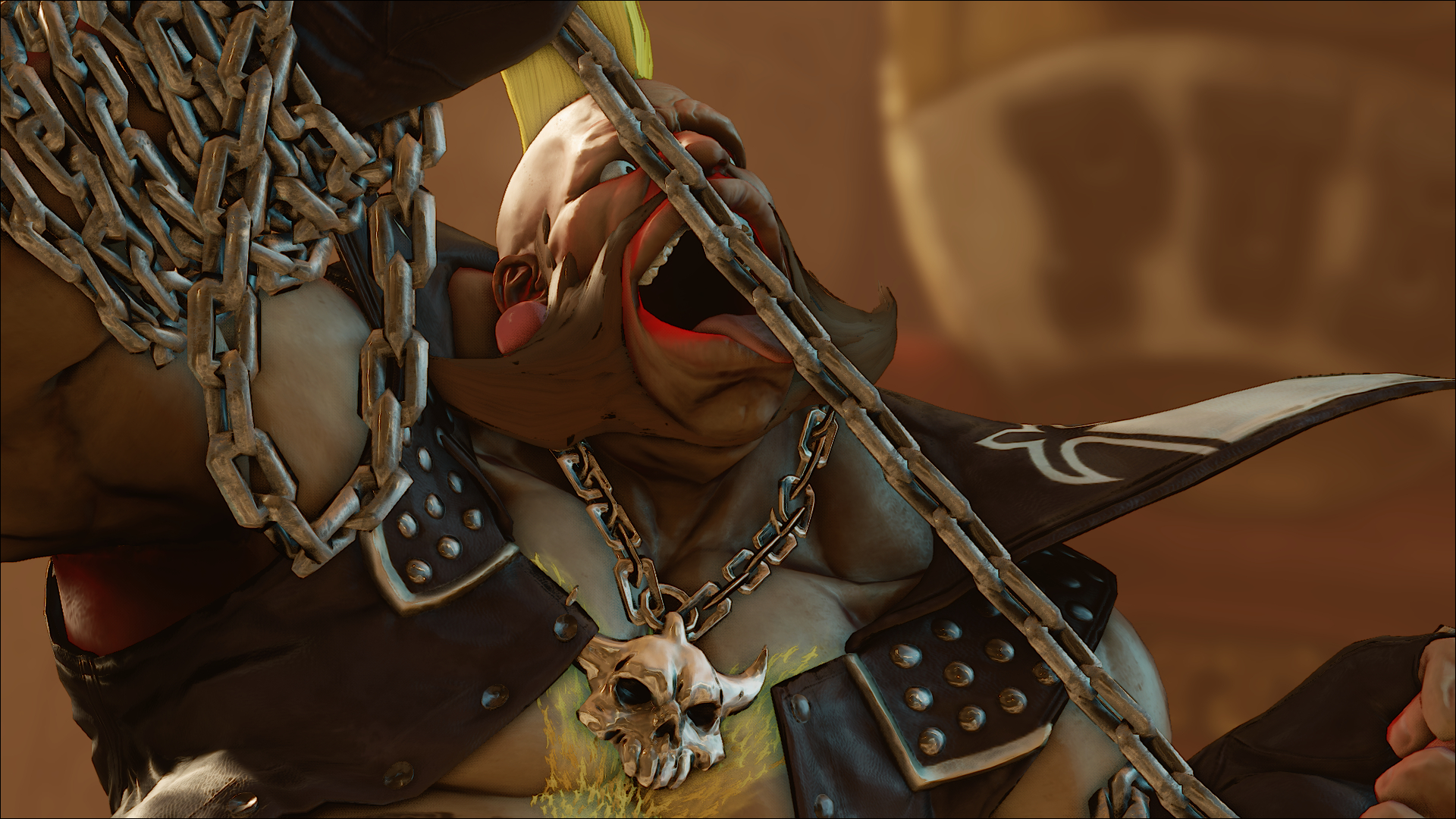 Hands-on with some old friends

As you could likely tell, Street Fighter V is looking pretty amazing. I was very impressed with my hands-on session with the game, along with my chat with Peter ‘Combofiend’ Rosas, and I can tell that many people will find a lot to love with the upcoming fighter. We’ve been gradually getting more info about the game, and the more we see, the better it looks.

Just now during the Sony E3 Press Conference, the developers behind the game revealed the return of Cammy, and the long absent Birdie, who’s gone through a bit of changes. I bet you’re wanting some more info about that, right? Well rest assured, I got you covered.

Truth be told, I actually got some hands-on time with these characters earlier this month. And now’s the time to share that info with you all.

At the Capcom event I went to a couple weeks back, I got the chance to play with the initial four characters, and also the newly announced Cammy and Birdie. Sorry I couldn’t tell you before, but the folks at Capcom wanted to keep it a surprise. You had no idea how hard it was to sit on that without telling anyone. I got some quality time with both Cammy and Birdie, and they definitely set themselves apart from the others.

Much like the rest of the cast, Cammy and Birdie take unique advantage of the Variable System in interesting ways. As the system allows the fighters to tap into unique skills and tactics to overcome difficult situations, they can be used quite creatively in the hands of skilled players. Just like the others, the Variable System plays to Cammy and Birdie’s strengths and their personalities, which fleshes their characters out into pretty cool ways.

As one of the original SFII characters, Cammy has been around for a long time. With her prowess for speed and agility, giving her quite the edge in footsies and aerial game, she’s an incredible force during fights. And SFV expands upon that in a big way. Her V-Skill, known as ‘Axel Spin Knuckle’, gives her the ability to do a forward spin move and follow up with a forearm blow. What’s interesting about this move is that it not only allows her to pass through projectiles unharmed, but it can also have her spin to the opponent’s back and striking them from their blind-spot. But her V-Trigger is where she turns up the heat. Called ‘Delta Drive’, her Trigger grants her a massive boost of speed and cuts down on the delays for her specials moves, allowing her to use them more often.

And of course, we’ve got the big guy himself. Birdie is back in action, and after his last appearance in Alpha 3, he’s been itching for another fight. This one came of out of left field, and I can guarantee no one expected him to make the cut. Unfortunately, he’s sorta let himself go. The once musclebound goon has lost his figure, and he can’t seem to keep food out of his hands. With a massive gut, and some Ron Jeremy-esque chest hair, he’s not what he once was back in the good ol’ days. But his passion for battle is stronger than ever, and he’s worked around his new impairment. And he might be a far better fighter because of it.

Though he seems like a gimmick character, Birdie has still got the moves to go toe-to-toe with the others. His chains wrapped around his wrist can be used to lasso foes and slam them to the ground, and his famous head-butt still packs a wallop. His V-Skill called ‘Break Time’ has him scarf down some snacks, which grants him extra buffs. And he’ll even leave the trash on the ground, which the opponents can trip over. You haven’t lived till you’ve seen M. Bison slip on a banana peel. His V-Skill also works when using different directional prompts, which will have him eat and discard different types of food. His V-Trigger is called ‘Enjoy Time’, and after maxing out his V-Gauge, Birdie will scarf down a spicy pepper, which will grant him a boost in damage and guard break potential for his special moves.

I’m pretty excited about Street Fighter V. After my session with, I was left super impressed with what the developers at Capcom have in mind for the fans. And with the additions of Cammy and Birdie to the roster, it’s clear that Capcom has got plans for both the familiar and the unexpected characters of the series. I can’t wait to see more.