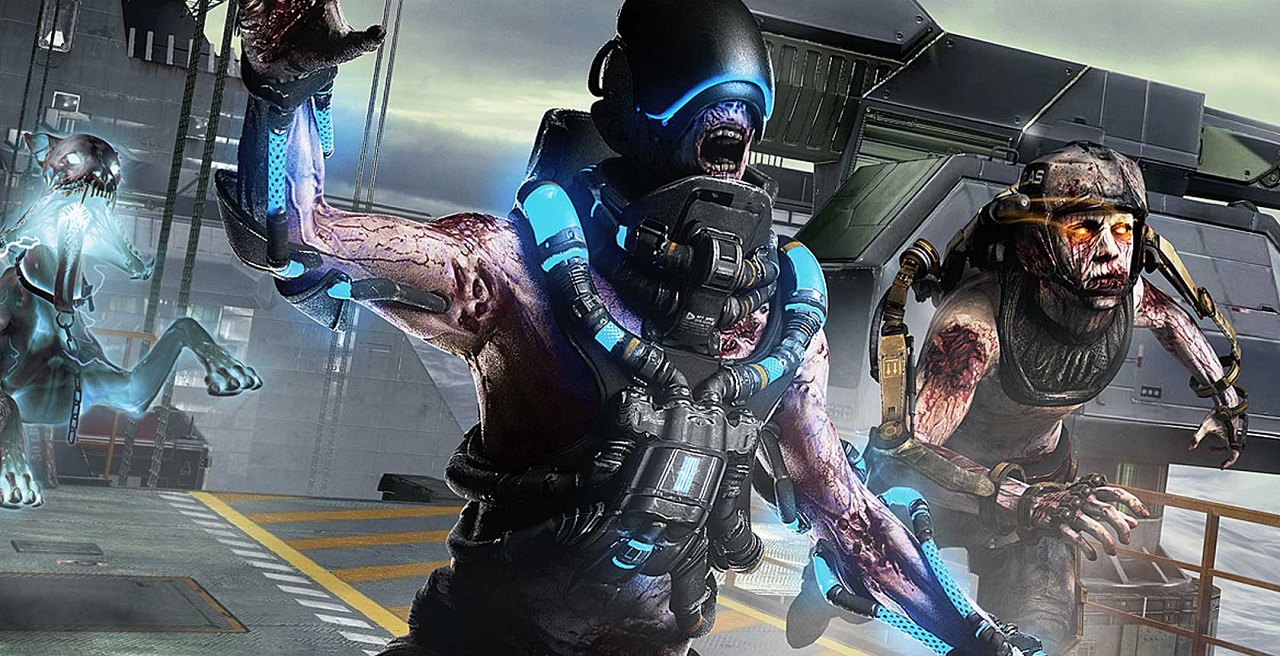 Activision’s going through that awkward time of year where it’s gearing up to make a big splash at E3 with it’s new Call of Duty game, but it’s not quite done promoting its old Call of Duty game. That’s how we get trailers like for this for the next Exo Zombies add-on, even though Advanced Warfare released seven months ago, which is such a long time in the video game world.

But, for those who haven’t shifted their sights quite yet, the Carrier campaign (which is part of the Supremacy DLC — available tomorrow on Xbox platforms) looks to have some truly fantastic weaponry. There’s a laser that mows down everything in its path. There’s also a four-wheeled mulcher thing that grinds up all it encounters. Maybe you want a suit that has deadly ninja stars constantly revolving around it?

For the more classic killers, this trailer indicates that Carrier won’t skimp on lethal headshots. It also won’t skimp on terrifying sharks that better stay in their goddamn tank. I can deal with zombies or sharks, but not both at the same time.