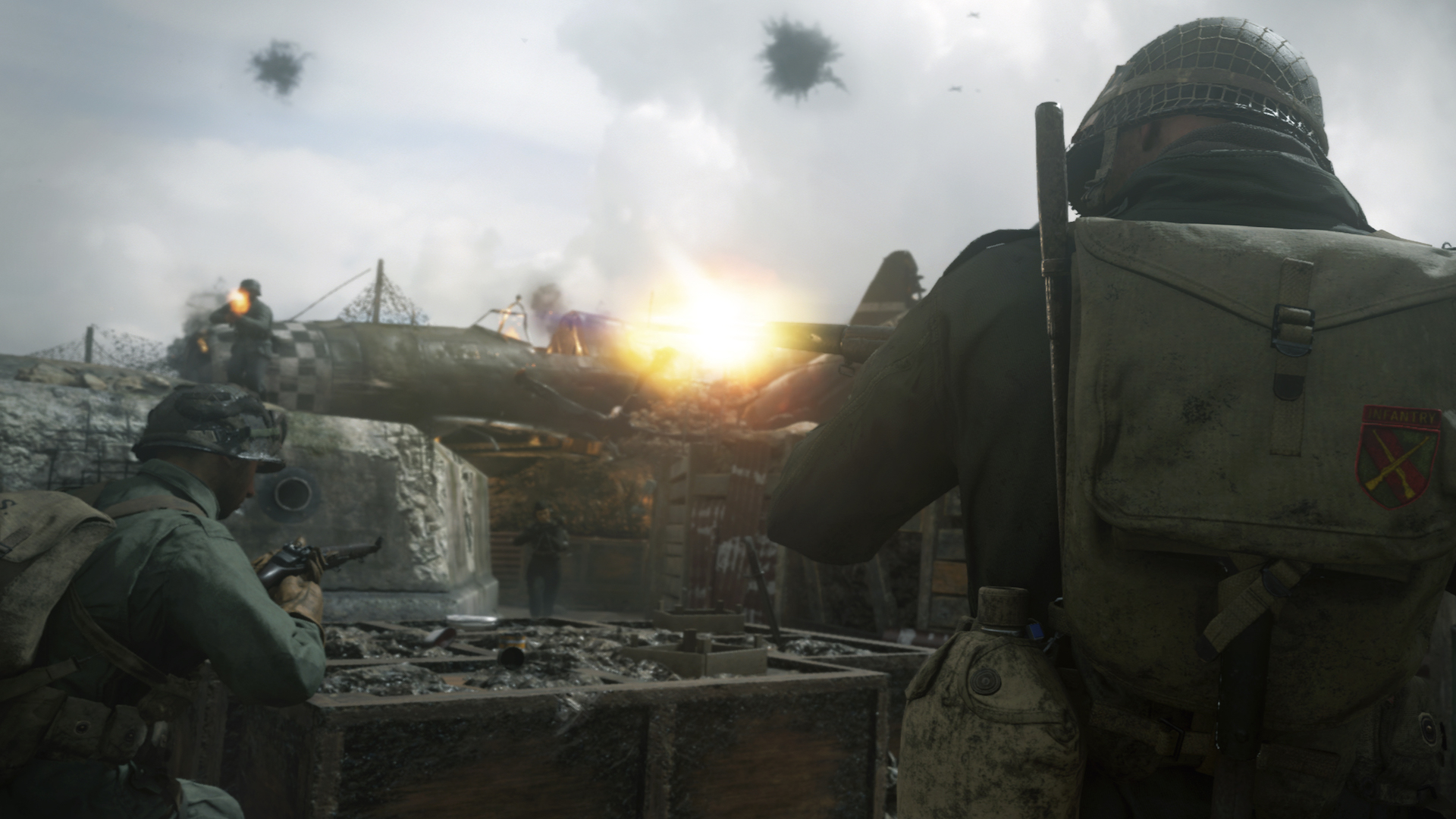 It’s pretty good on its own merits too

I haven’t felt competent at Call of Duty in quite some time. With the series’ move towards the futuristic came an ill-fated attempt to capture imaginations of the eSports crowd, overcrowding the once-storied Call of Duty multiplayer suite with each new installment. The further this franchise strayed from God’s light, the worse I became. Remember when Black Ops III had different “heroes” with ultimate abilities?

All of a sudden, there was a “meta” to the base level of Call of Duty. What had once been a pick-up-and-play arcade shooter became a fast-paced game of rock paper scissors where you had to worry more about counter-loadouts than choosing the items that fit your playstyle – all exacerbated by a UI that resembles this Mega64 parody more than anything else. I like the idea of bringing Call of Duty to the future! Black Ops II is probably still my favorite game in the series, with Advanced Warfare not close behind. But these games needed to be dragged back in time, if only to make sure the rotating cast of developers would be forced to stick with recognizable iconography and weapons that didn’t require extensive counter-picking.

Maybe it was the positive fan response to early Battlefield 1 footage that inspired the switch back to World War II, or maybe this change was always in the cards and moving away from the maligned future era is a serendipitous way to earn a little more goodwill for the series. Whatever the reason, his heart or his shoes, Call of Duty: WWII brings back the kind of straightforward multiplayer this series has been missing for so long. And because I’m uncomfortable with how glowing that last sentence was – yes, it’s mondo uncomfortable to be playing as Nazis in the year 2017.

I went hands-on with WWII at E3 2017, and let me tell you, the social anxiety of being the worst player in the room does wonders for your K/D ratio. I cleaned house in all three of the modes we saw – Team Deathmatch, Hardpoint, and a new War mode that reminds me of Battlefield 1‘s multi-stage conflicts on a smaller scale.

In War, the Germans had to hold a series of points, with the win condition for the Allies changing each time. The first point was a simple capture point, the second required a player to build a bridge across a bombed-out river, the third required the Allies to plant a bomb, and then finally we escorted a tank through some European streets. It definitely reminded me of a faster-paced Overwatch point/payload map, which is no bad thing. The mode doesn’t expressly require a well-rounded team, but I can see teams with microphones succeeding where other teams might falter.

The other, more familiar modes were fine – better than fine, even! Sledgehammer did great work with Advanced Warfare, and it’s clear they know how to make a great-feeling Call of Duty. I never felt like the jump back to the 40s made any of the equipment feel weaker or less fun to use. The maps we played on were well-designed, with plenty of funnels keeping the action localized to a couple areas without causing too many spawn deaths. If I had to nitpick, the Domination map was just a little too spread out for how quickly your sprint runs out, but that’s a small quibble.

Here’s a bigger quibble, if that’s your sort of thing: I really wish there was an option to not play as the Nazis. Nobody looked great during World War II, but I’d much rather play Italians or Japanese rather than Germans. The Nazi flag was nowhere to be seen during our demo in favor of the Iron Cross, and the German team was labeled as the “Axis” forces, so at least you’re not being constantly reminded whose side you’re really on. But you can turn on the TV right now and hear newspeople talking about actual modern Nazis; I’m going to spend a lot of time with Call of Duty: WWII‘s multiplayer, so the less I think about Nazis, the better. I don’t think Sledgehammer expected white supremacy to go mainstream in the past year (although the trajectory has been kinda hard to miss), but I hope you can at least appreciate my desire to not play for that particular team.

If you can look past that unfortunate gut feeling, there’s plenty to like about Call of Duty: WWII‘s multiplayer. We know the Call of Duty multiplayer loop has legs, the question is whether or not the moment-to-moment gameplay is fun enough to keep you coming back for that next match. I can tell you for certain that I wanted to keep playing after my demo was over, so I guess I’m back on the Call of Duty train. You win this round, Sledgehammer. Now find some way to pay homage to Hogan’s Heroes and I’ll buy your damn game.