Fight for survival, and find out if you’re worth it

Back in the heady days of 2017-2018, there was a concern among the gaming community that, in the wake of the unprecedented success of Epic Games’ Fortnite, every video game brand under the sun was going to leap onto the “battle royale” bandwagon. Y’all remember the E3 memes, right? With Dolan? Yeah, you remember.

It didn’t really turn out that way. Oh sure, many established franchises went straight for a piece of the Last Person Standing pie, whilst new IPs such as LawBreakers burst onto the scene to amazing… umm… Look, the point I’m making is, the whole industry did not go battle royale crazy. Today, Fortnite continues its dominance, while a few successful alternates such as EA’s Apex Legends please their own dedicated audience. The genre is alive and well, and it didn’t ruin video games forever.

Last week, like a bullet out of the blue, Activision launched a new entry in the genre, marrying the billion-dollar Call of Duty franchise with the grim mercenary appeal of originator PlayerUnknown’s Battlegrounds. This isn’t Acti’s first rodeo, having previously tried its hand with Black Ops IV‘s “Blackout” mode. But Call of Duty: Warzone isn’t quite the same animal. In fact, this free-to-play release introduces features and innovations that help inject a new lease of life into the mass multiplayer shooter.

For the most part, Call of Duty: Warzone follows the tried-and-tested battle royale mechanics to a tee. 150 players parachute into the huge, desolate, and grim island of Verdansk in squads of three, before procuring weaponry on-site, and engaging in battle with over 100 players in intense sharp-shooting combat. But where Warzone excels over some of its predecessors is in its incredible depth of activity when it comes to finding and earning weaponry.

While there’s plenty of top-tier hardware laying about in loot boxes dotted throughout the map, there are also shops with which to purchase some real premium death-dealers, as well as the famous CoD perks (UAV, airstrikes, attack drones, and the like). If you really want to kit yourself out against the odds, then players can also earn or purchase airdrops which, when opened, allow access to your custom loadouts from Call of Duty: Modern Warfare‘s standard multiplayer modes.

On top of this, players can find and accept “Contracts” around Verdansk. These are essentially side-quests, such as the capturing of buildings, or bounty-hunting specific players (sucks to be that guy). These Contracts not only reward you and your buddies well, but they add an extra level of activity, additional tasks beyond the standard “search and destroy” battle royale gameplay. 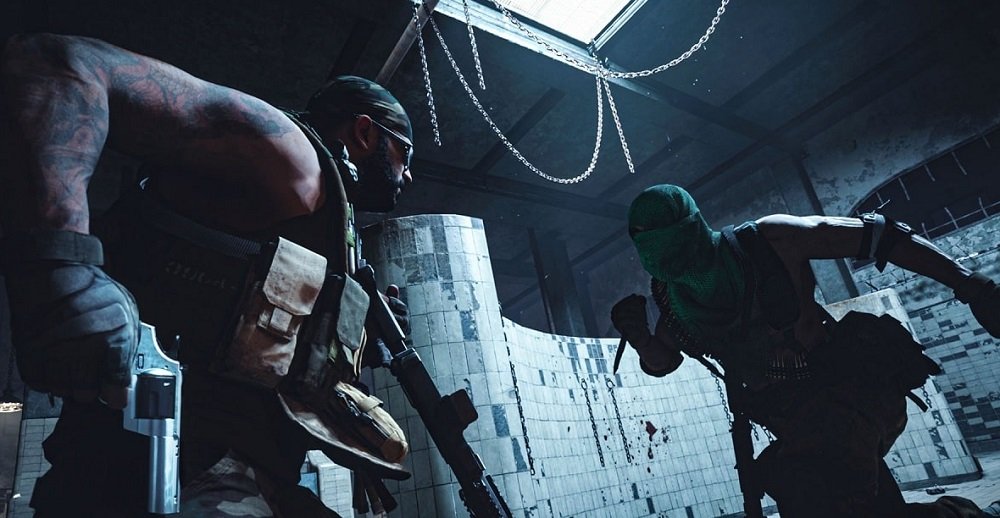 Perhaps Warzone‘s finest feature – and I mean “finest” – is the fantastic “Gulag” mechanic. When you are killed in battle, you are captured and chucked into a grim, Alcatraz-style prison cell, along with all other recently-deceased players. Once here, you are thrown into a randomised one-on-one showdown with another unlucky sap. Should you lose this fight, it’s essentially game over, but should you win, you are then re-spawned back into battle royale with one final chance for glory.

This is a great addition to the genre, not only offering players a second chance, but coming up with an exciting, engaging way to make them earn that chance, via a gimmick that perfectly fits inside the CoD universe. Even as the surviving team member, knowing that your running buddy is currently in the Gulag, and eagerly anticipating their possible return, adds a great tension of the unknown. The Gulag is not only Warzone‘s best innovation, but it could force other battle royale titles to step up their ideas in the next generation. It’s a concept that shows there is still much to be explored within the genre.

Alongside battle royale, Warzone has a second mode – Plunder – which is all about the mon-ay. In Plunder, players must gather up as much cash as possible, before depositing it on a helicopter at a nearby landing pad. But be warned, anyone killed immediately drops all of their cash, and the highest-earning players are eventually marked out as bounties. It’s a much more frequently combative mode than battle royale, with deeper strategy beyond just hunkering down against the odds. I can imagine, played with a full team of friends on comms, that Plunder’s frantic dash for cash – and desperate attempts to hold onto said cash – would be a riot. 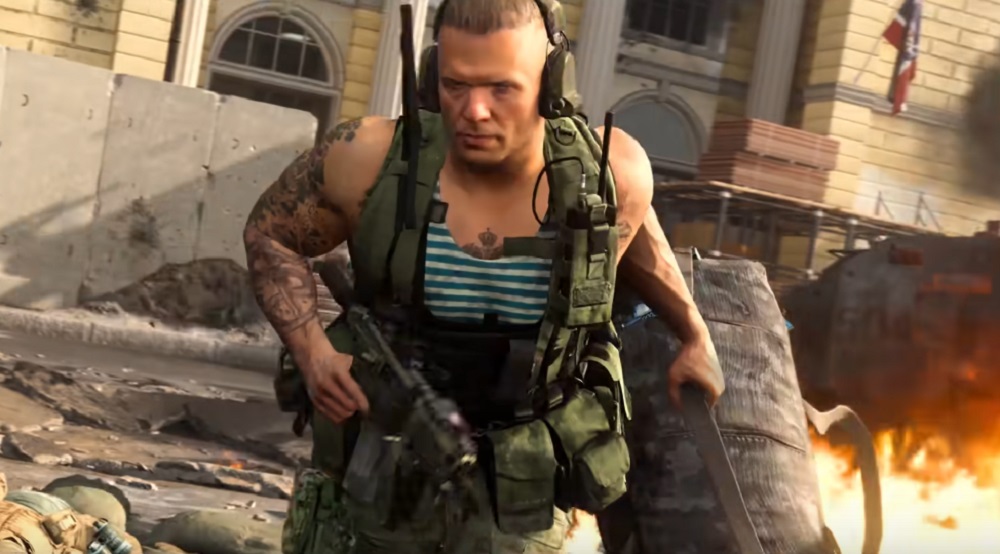 Of course, all of these ideas and innovations count for nothing if the core game doesn’t pass muster. As expected from the reliable Call of Duty brand, Warzone has few faults in regards to its fast, slick, and stable gameplay. Running on the same top-tier engine and assets that make up Modern Warfare, Warzone looks and sounds fantastic. Presentation is excellent, with neat opening and victory sequences, and a miserable “dragged to the Gulag” cutscene that lends character and meat to the undeniably bare-bones “We’re just having a massive scrap” setup.

The hollow husk of Verdansk feels like a thriving metropolis that collapsed in the space of a weekend, featuring a business district, marshland, storm drains, a military base, even a sports stadium. It’s disquieting to the point of haunted, and the silence can be deafening, jarring you into action with the crack of distant rifle fire – or the roaring engine of a party of killers, bearing down on you in one of the map’s many abandoned vehicles.

Anyone comfortable with Modern Warfare‘s combat will be instantly at home in Warzone, which carries a similar pace and punch to MW‘s Ground War mode, without quite the same level of “pinned down” frustration. Time to Kill is managed by an important armour mechanic, which allows players to collect and apply up to three levels of armour, an absolute necessity in the thick of battle. Once naked – not literally – then at the very least players have the comfort of knowing health is regenerative. That’s not to be relied upon. Aim fast, aim well, put your mark down. You can be sure they’ll do the same to you.

An important aside: Warzone‘s download latches onto the standard Call of Duty: Modern Warfare install, and on PS4 adds around 20GB of overall data. However, if you do not have MW installed, and just want to download Warzone, then you’ll need a whopping 90-100GB of storage space – a shocking HDD footprint. So those with internet caps should take heed before they pull the trigger.

Call of Duty: Warzone is a welcome evolution of battle royale, which doesn’t alter the core elements that make the genre so appealing, but does add innovative side-missions, comeback mechanics, and loot strategies, all painted over with a coat of Call of Duty‘s unmistakable million-dollar gloss. There’s nothing really here to attract those who are already disinterested in the genre, but battle royale fans, particularly those who like their battles grounded in “real life,” would do very well to check out CoD: Warzone. It costs nothing, and might well become your new addiction.

Call of Duty: Warzone is available to download now on PS4, PC, and Xbox One.