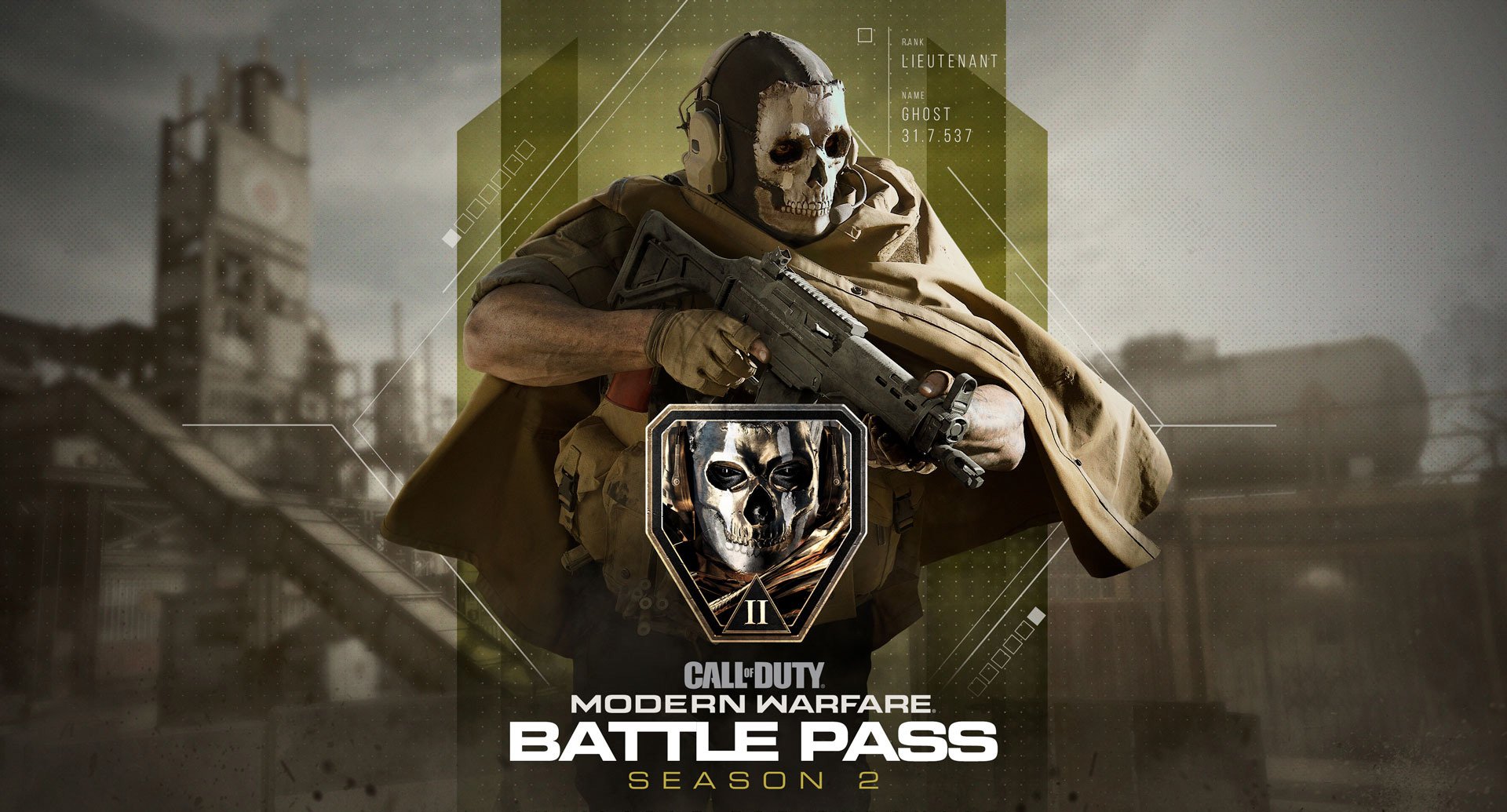 Season two of Call of Duty: Modern Warfare begins February 11, 2020, and along with the fan-favorite British special forces operator Ghost, the initial update also includes a remake of CoD: MW2‘s Rust. The update is coming in at a substantial 68GB on PC and Xbox One, and 51GB on PS4, so be warned.

I’ve fallen off of Call of Duty, but they sure know how to cut a trailer.

So long as you weren’t hell-bent on battle royale (and you aren’t opposed to hitching yourself to the Battle Pass), there should be something new to latch onto in season two of Modern Warfare.

As outlined on the season two roadmap, the day-one content lineup is Rust (standard multiplayer and Gunfight), Atlas Superstore (standard), Zhokov Boneyard (Ground War), and Bazaar (Gunfight), alongside Simon “Ghost” Riley, the Grau 5.56, and the Striker 45. Ghost is unlocked at Tier 0 in the Battle Pass, but you’ll need to reach Tier 15 and Tier 31 to unlock the new assault rifle and SMG, respectively. 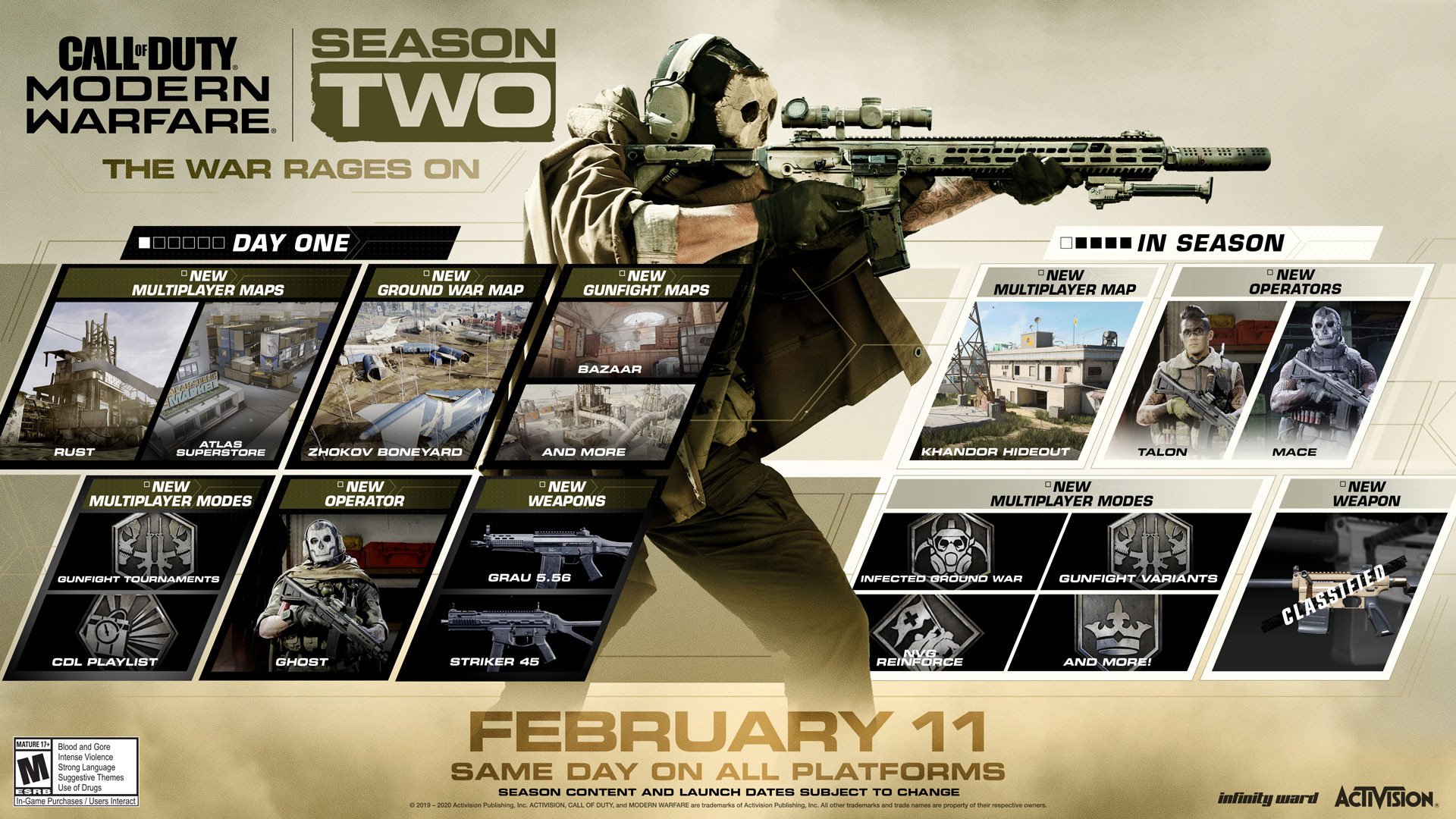 February 11 will also bring a Call of Duty League playlist and single-elimination Gunfight tournaments, followed by Infected Ground War, Demolition, and a NVG Reinforce playlist later in the season.

Naturally, Sony has secured a timed exclusive for PlayStation 4. This time, it’s a Special Ops Survival map (Azhir Cave) and an LMG blueprint (Lucky Strike). They’re locked down until October 1, 2020.

How do you feel about these map remakes? Is one per season plenty for your tastes?