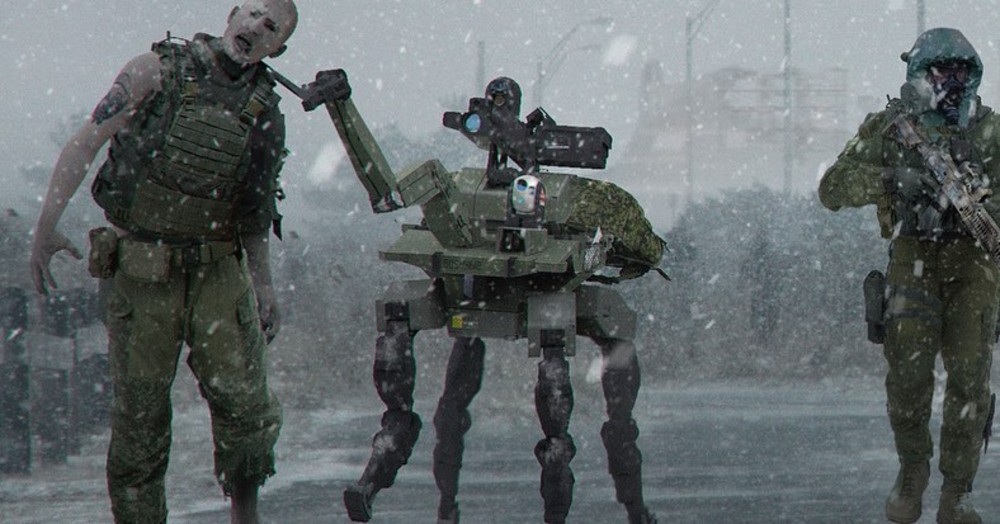 As we know, the new Call of Duty: Modern Warfare (which really should have “2019” in its title to be real), never ended up having a zombies mode. Not every entry since World at War started the trend has done it, mind, but over time Activision’s various studios all warmed up to the idea (remember the alien one?).

Modern Warfare (2019) could have had one too, but it never got past the planning stage: at least according to artist Aaron Beck. This past week, Beck muses that they “finally got clearance” to share this art, which showcases an “unused concept” from the early days of Modern Warfare‘s (2019) production.

Beck says that originally zombies were considered, with the spin of having them be held captive by leashes on quadruped robots. If you told me this was a screenshot from an upcoming Metal Gear Solid game featuring a boss who commands a zombie robot horde, I’d believe you. Instead, we’ll have to settle for that already disappointing Metal Gear zombie game that actually exists.