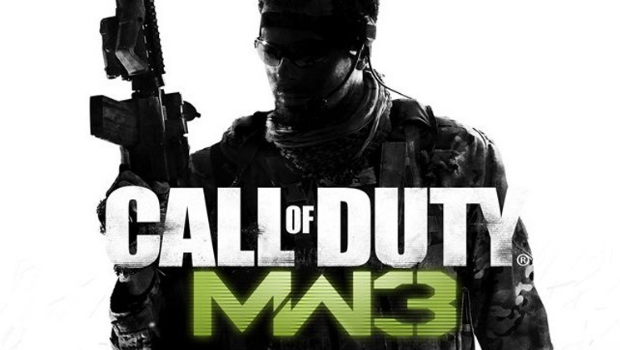 You’d never have thought that a series as popular as Call of Duty would need championing like some scrappy little underdog, but if you move in the right circles you soon come to learn that Activision’s shooter series is battered and dumped upon as if it’s the class nerd in an entire nation full of jocks.

Tearing a lump out of Call of Duty is as popular as mocking Justin Bieber or declaring that you despise Angry Birds, and the motivation for doing so is pretty much the same all over — it’s successful. If Call of Duty had the sales draw of, say, Psychonauts, something tells me we would have a few more people sticking up for it. Conversely if Psychonauts was the game selling millions at launch, I dare say an army of detractors would crawl out of the woodwork.

Simply disliking Call of Duty, however, isn’t the issue. Everybody is of course free to dislike whatever they so wish. It’s when that dislike becomes something more — or at least tries to be — that we have an issue.

Recently, John Walker of Rock, Paper, Shotgun encapsulated perfectly the sneering arrogance that has come to accompany Modern Warfare 3 criticism. For the record, I am a starry-eyed fan of RPS and I absolutely love John Walker’s editorials, but when it comes to this particular game, I can’t help but find his assessment the perfect example of what’s wrong with the current critical stance.

Walker calls Modern Warfare 3 an “un-game”, a designation he is undoubtedly quite proud of. He complains that Modern Warfare 3 does not let him choose how to play and restricts him to tight, unyielding corridors. In his latest article, he attempts to argue that linearity isn’t his problem (thus freeing him up to enjoy Half-Life without being hypocritical) but he simply confirms that it was his problem. Because honestly, Modern Warfare 3 is about as “open” as the Half-Life series. More importantly, it’s as open as Call of Duty 4: Modern Warfare which everybody loved before the series became too popular and needed taking down a peg or two.

Walker exposes the real problem he has with Modern Warfare 3 when he defends his enjoyment of Half-Life, saying: “Corridor shooters have been one of gaming’s greatest genres in all its lifetime, from the joy of realising it was a possibility in mazes like Wolf 3D, to the spectacular fixed-rail rollercoaster rides of the Half-Life Episodes. Not having a choice about which direction to go in is never a problem when there’s only one direction you want to go in.”

That is Walker’s problem, distilled. It’s not that Modern Warfare 3 does anything different from Wolfenstein 3D or Half-Life. It’s that he just straight up doesn’t like it. Linearity is fine when it’s a game he enjoys, but if it’s a game he doesn’t? Well, that’s an un-game. That’s something especially bad. But it’s not extreme enough to simply state he doesn’t appreciate Modern Warfare 3‘s creative direction, or that he doesn’t think it is fun. There is, after all, only one way in which criticism can be leveled at Infinity Ward’s latest — with extreme prejudice.

I think this is the biggest issue with people who dislike Modern Warfare 3. It’s really not enough to simply say you don’t like it anymore. You have to discredit it as a videogame entirely. Calling Modern Warfare 3 an un-game is, by gaming standards, perhaps the harshest thing you could do. You are ostensibly saying it is incompatible with your professional standards as a game writer, and has no place in the life of those who enjoy videogames. You are to invalidate its existence as a gamer’s product entirely, and since it’s intended to be a videogame, you assert that it shouldn’t exist at all.

You are basically putting it on the same shelf as Dragon’s Lair, and everybody knows there’s only one game that’s come close to such an honor in recent memory.

[Edit: Speaking of Dragon’s Lair, some people are arguing that Walker is exactly saying that, by claiming the MW3 experience is too guided. Now, I agree that such things can be a problem — I didn’t like Homefront because it made the player a spectator, for example — but I don’t think MW3 can be accused of that. The player is called upon to act and react and be the driving force, unlike Homefront, a game where you weren’t even allowed to open a single door. At least COD puts you IN the action, rather than makes the action happen in front of you.

Still, as much as I dislike Homefront, I wouldn’t say it’s an un-game. If a guided experience like MW3 is not a real videogame, then what the hell do we call The House of the Dead? Think about it — if you take the ability to move away from MW3, then you have pretty much the same thing as an on-rails shooter, which I believe we would still call a videogame. This leads me to ask: is your problem with Modern Warfare 3 that it isn’t a true on-rails shooter? Would you have given it more slack if it was? I don’t know Walker’s thoughts on House of the Dead, nor do I know anybody else’s. I think they’re fun if done right, and if MW3 is an on-rails shooter with player-prompted movement, so be it. It’s still damn fun, and it’s still a game.]

Everybody knows by now that I’ve dished out some pretty harsh review scores over the years. Naturally, I’m all about expressing dislike when one feels the need. However, Modern Warfare 3 apparently seems to have brought out the monster in some people. Of all the reviews I’ve written over the years, not one article has generated as much vicious, venomous, shocking anger as the positive review of Modern Warfare 3. You are free to read through the 500+ comments that followed, from people who again couldn’t simply dislike the game — they actively could not bear the thought of somebody else liking it. They didn’t want to just express the fact that they weren’t fans, they had to take their hatred to a whole new level and invalidate the game to its very core.

The reasons for this are hypocritical to the highest degree. Some have said it’s exactly the same as Modern Warfare 2 — which is either a base lie or complete ignorance, because it’s not. It re-uses assets and the engine, but almost every sequel does. It refines rather than dramatically alters, sure, but most sequels do. There is no extreme level of rehashing going in Modern Warfare 3, not by the standards of this industry. I didn’t see this level of abuse when we gave glowing scores to the recent Halo games, for example.

And to the idea that it’s not a videogame because you think it’s too restricting? Surely we should also invalidate the existence of, say, every single point-and-click adventure game in the world. By the standards put forth, they’re un-games as well. Surely Telltale should call itself something other than a game studio, because it doesn’t make games at all, right?

No … Telltale makes games. So does Infinity Ward. They may not be games you like, and they may not be games you think ought to be so successful, but it’s excluding arrogance of the highest order to say it’s not a true game. I played Modern Warfare 3, I had a lot of fun with it — the exact same kind of fun I have had with plenty of linear shooters, Half-Life included. Because Call of Duty: Modern Warfare 3 is a videogame, plain and simple. To say otherwise is to be Roger Ebert, declaring that videogames aren’t art because he’s afraid that if he admits they are, then he’ll have to deal with their existence.

You can dress up your disregard for the series with a sense of artificial intellectualism, but Call of Duty: Modern Warfare 3 is a videogame. Nut up and deal with it.