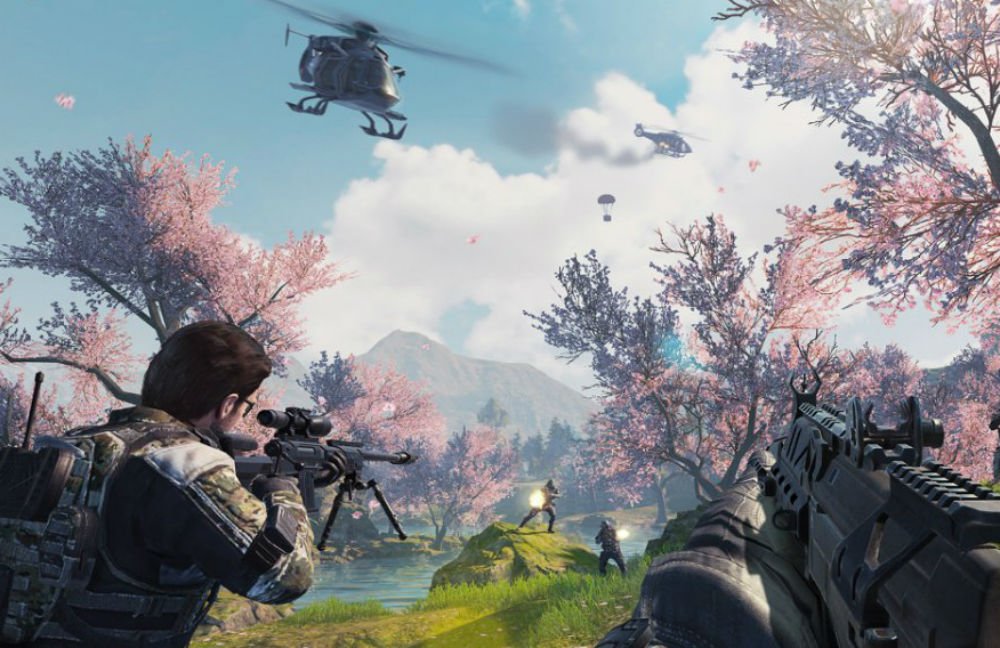 Hands-on with the upcoming shooter

The video game industry moves fast. Franchises that are hot today can go cold in an instant. New types of games that break the mold can catch fire, igniting a frenzy to mimic and match its success by the developers of the industry who chase trends rather than create them. It could be said Call of Duty is a trend chaser. After battle royale broke big with Fortnite and PUBG, Activision saw the writing on the wall and got to work implementing the concept into CoD.

Unlike the other Fortnite-likes that have came and went, some destroying their developers in the process, Activision took its time. It couldn’t just throw together a mode and call it a day. The Call of Duty brand has a weight to it. Its battle royale would need the blood of the franchise flowing through it. Because it didn’t rush blindly into it, Activision ended up creating arguably the best battle royale game on the market with Call of Duty Black Ops 4‘s Blackout mode.

Now it’s looking to do the same with mobile, where once again Fortnite and PUBG reign king. But just like its foray into battle royale, Activision is taking its time to get it right, to live up the standards set when you bear the name Call of Duty. Or, as developer Chris Plummer put it, “The goal here is to set the standard for what a multiplayer shooter on mobile should be.” 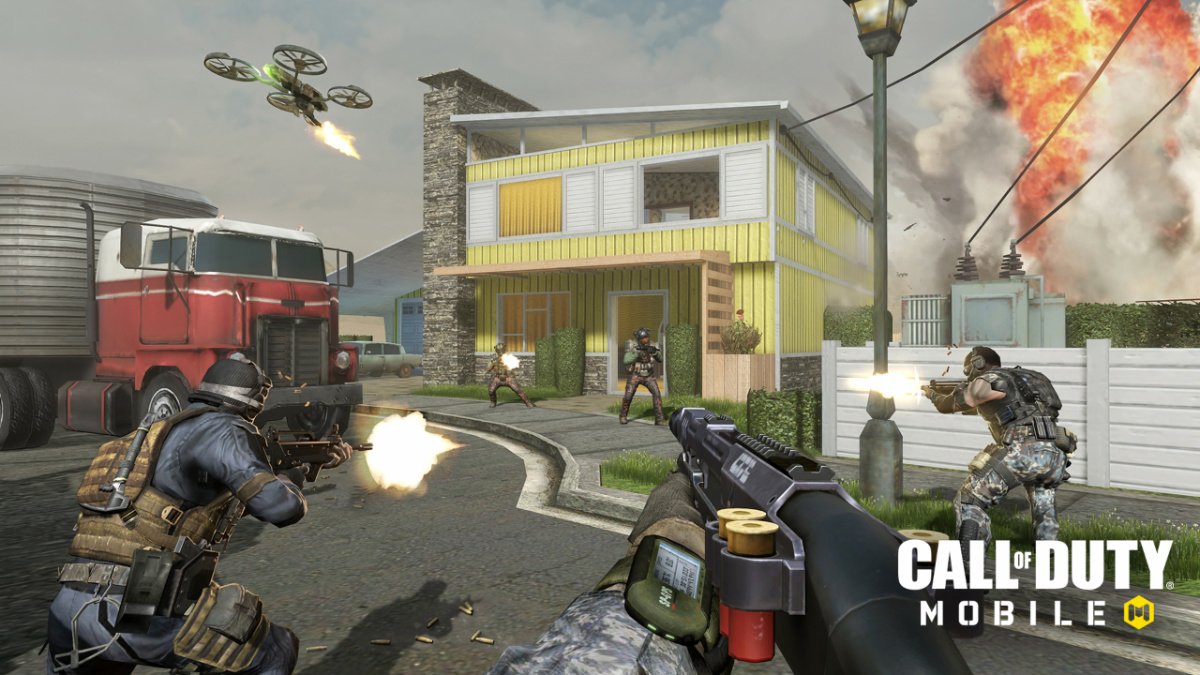 If you routinely play any mobile shooter, Call of Duty: Mobile will feel like second nature to you. It’s being developed by Timi Studio, a Tencent-owned developer best known for creating Honor of Kings/Arena of Valor. The game employs the standard touch control set-up (left thumb moves your character, right thumb moves your sight) with different firing options for players of different skill levels. In my first go with the game, everyone in the group utilized the auto-fire feature that pops off shots anytime an enemy soldier gets in your cross-hair. A second match utilized more traditional shooting, holding down the fire button to zoom in and fire.

Both felt nice, accurate, and smooth for a mobile game. While I’m not a fan of Fortnite on my phone, I have put a decent amount of hours into PUBG. From my brief, two match experience with CoD: Mobile, I’d say the feel of both games is pretty similar and certainly top-of-the-line when it comes to touch controls. The game will not support any sort of bluetooth controllers at launch, however that may change down the line depending on player demand.

If the controls put it on par with other mobile shooters, the variety of modes and options just might push it ahead. In addition to the battle royale mode, there are standard team-based multiplayer modes including Team Deathmatch and Search & Destroy. The game will include 10 multiplayer maps, all but one of which returns from prior entries in the series. Crash and Killhouse are in it, along with Nuketown and Hijacked, the two maps we tested out for the demo session. The lone new map is called Tunisia and it’s locked to the Search & Destroy game mode. 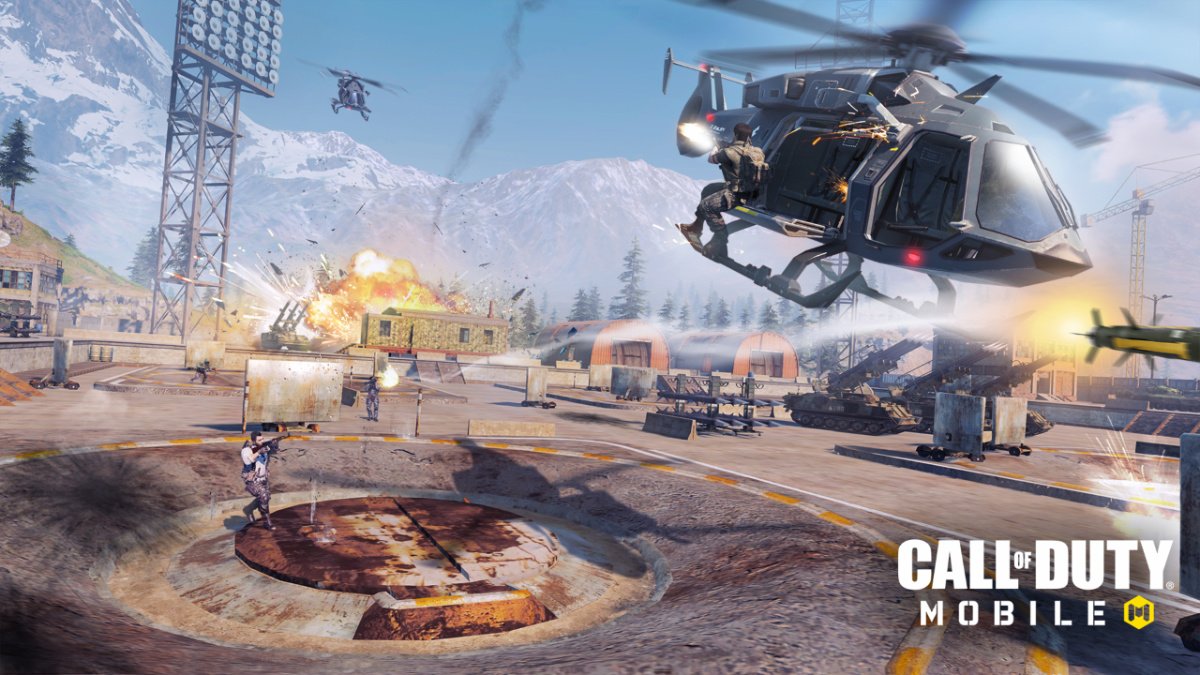 The battle royale map isn’t a carbon copy of the one found in Blackout. It features locations from the multiplayer maps that dot an island that is a different size than the one found in Black Ops 4. The map will feature land, sea, and air vehicles, and has a few interesting ideas that make playing through it more hospitable to the player. When raiding a box of guns, the game will auto-collect guns and items that are of higher quality than what you’re currently carrying. The map will also feature small challenge areas where players can earn more powerful weapons and armor.

Activision wants Call of Duty: Mobile to be a social experience akin to what it’s accomplished on consoles. In matches there are voice and text chat options as well as a ping system. Players can form clans and groups to play through ranked or casual matches. Battle royale can be done solo or in groups of two or four.

As of right now, battle royale is the only mode that utilizes a class system. Each class, such as Ninja or the could-be-renamed Clown, will have an active special ability and a passive special ability. For standard multiplayer, Call of Duty Mobile employs a more traditional loadout system. As you play you can unlock new loadout slots and gear and can configure multiple loads to your liking. You can even earn entire loadouts through play. As for whether you’ll be able to buy these loadouts, that remains to be seen. Those on hand for the demo session were not up to revealing the game’s monetization system yet. However, when asked, they did confirm that impending anti-loot box legislation was not factoring into the development process. 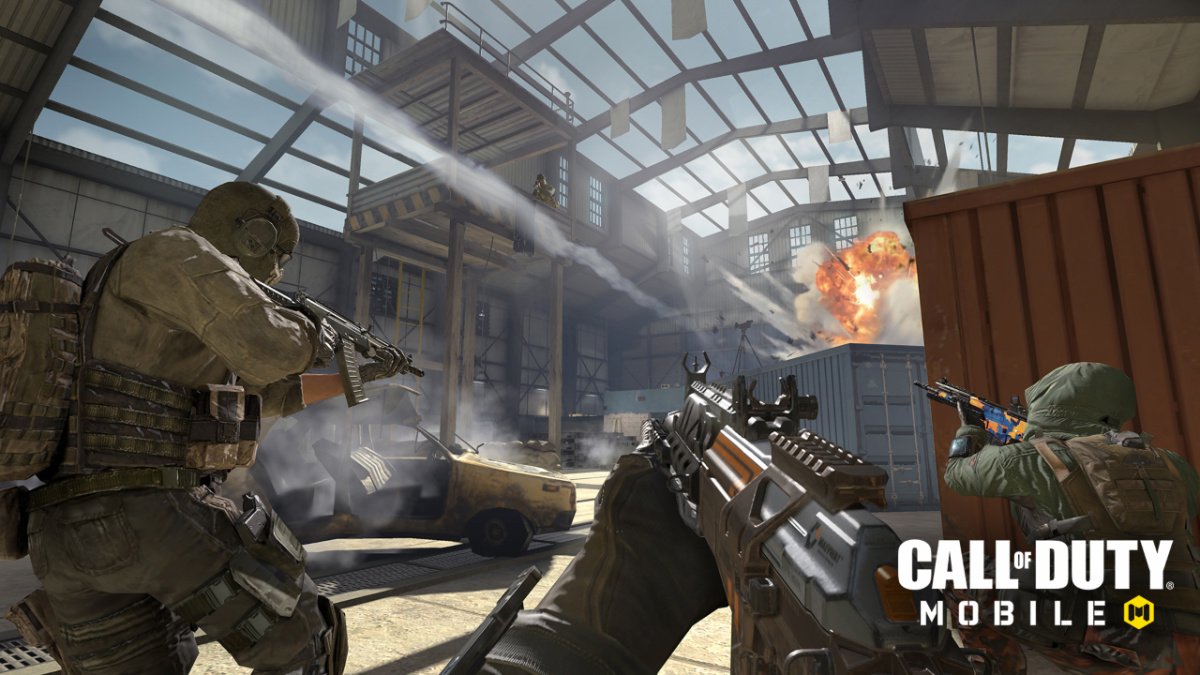 Unfortunately, zombies mode wasn’t available to see during the demonstration, but its faded out logo was right on the title screen so we know it’ll eventually make its way to the game. Between battle royale, multiplayer, and zombies, Activision is pulling together the absolute best of Call of Duty for mobile. If its monetization scheme isn’t too aggressive, it just might have what it takes to reign as the new king of smartphone shooters.