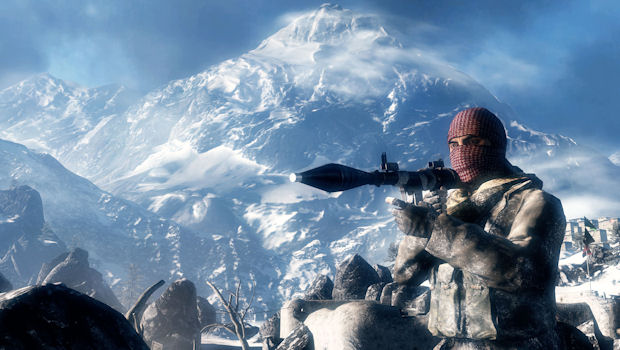 While politicians and pundits have jumped at the chance to attack Medal of Honor, the military advisor who worked with Activision on Call of Duty has defended EA’s upcoming shooter. Claiming that Taliban soldiers are “hard little f*ckers,” Hank Keirsey goes so far as to say that he has to admire them to a degree.

“Those are hard little f**kers,” he says. “From a soldier perspective, I gotta admire certain qualities in those guys. They’re not fighting for Al-Qaeda. Maybe one or two of them is. Most of them are fighting ‘cos they’ve always fought. They’ve got what someone told them is a foreigner in town. They’re gonna come down from the mountains with their little AKs and rally with other guys and try to beat the foreigner out of there.

“You gotta get into your enemy’s mind set. There’s courage on both sides. [The media is] making a connection that these are the guys that cut the heads off of women and kids in the night, then the next thing they do is climb into an aeroplane and fly into our buildings. That’s not necessarily the case.

“Al-Qaeda did that. Yes, Taliban may be supporting those guys, because they’re looking for some kind of ally and monetary support. But you have to understand your enemy.”

Wow, an understanding and tolerant view of the game from somebody who actually knows what the f*ck he’s talking about. WHO WOULD HAVE THOUGHT? Maybe the mainstream news outlets could, I dunno, interview this guy instead of the mothers of dead soldiers who argue with their heart more than their head.