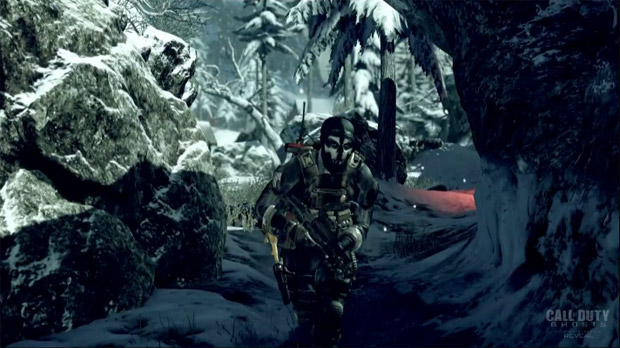 ‘We didn’t really see the community adopting that’

Infinity Ward revealed the first real details on Call of Duty: Ghosts multiplayer today and there’s a lot to take in. One thing they glossed over during the presentation was their eSports plans, so I talked to Daniel Suarez, vice president of production at Activision here at the multiplayer reveal to try and get more details.

“We’re continuing the work that [Treyarch] did, eSports is a big initiative for us,” Daniel told me at the Call of Duty: Ghosts multiplayer reveal. He added that they’re going to continue supporting the community as much as they can with these features. That said, there is one big feature that won’t be included in Ghosts.

“So not all the feature sets that we had in Black Ops II will transfer over. So for example the streaming from the game feature we won’t actually be doing this year. The way that it worked in Black Ops II is you had a certain resolution that you could output out. We didn’t really see the community adopting that so we’ve taken that feature out in Ghosts.” To that end, Theater Mode will also not be returning for Ghosts.

For those planning on picking up the current-gen version, you’ll have to have an external streaming device like an Elgato to stream your games like you used to before Black Ops II. As for the next-gen versions though, one can assume you’ll have the out-of-the-box streaming features thanks to the Twitch.TV partnership with Xbox One, and the Ustream partnership on the PlayStation 4.

Infinity Ward will be sharing more details on the eSports features as we get closer to launch, and hopefully they’ll continue the overall momentum Treyarch pulled off with Black Ops II.