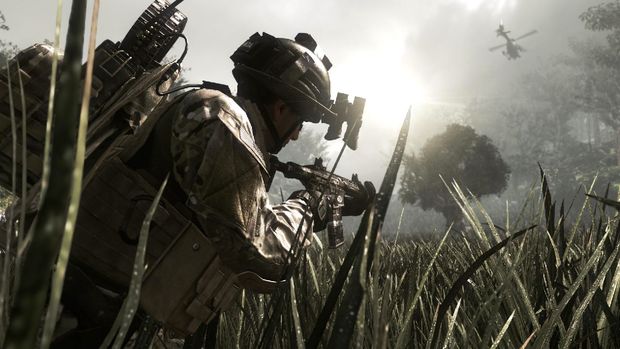 One of them is a pre-order bonus

Activision has spilled the beans regarding at least one of its maps for the upcoming Call of Duty: Ghosts — specifically, a dynamic map that takes place in a falling skyscraper called “Free Fall.” The map itself will feature a topsy-turvy building as it falls further and further throughout the match. Activision boasts “constantly evolving paths and chokepoints” as the map changes in real time, which could be cool if they actually follow through.

Activision wasn’t clear if every map would contain a dynamic gimmick like this, but we now know at least some of them will. If you pre-order at “participating retailers,” you’ll gain access to this particular map at launch (ugh). The offer itself is par for the course for the Call of Duty series, which features any number of pre-order bonuses, including tiered packages with bonus content, double XP, or extra zombie maps.

For most of you out there, the Call of Duty series is far past its prime, but I’m willing to give Ghosts a shot later this year, to see if it at least offers up something new.