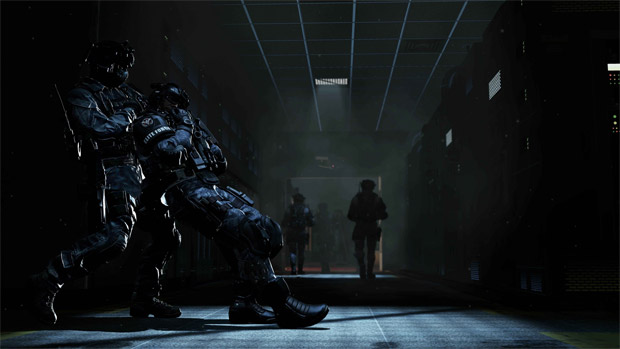 But I’ve been let down by silly AI before

I’ve been out of the game for long enough that Call of Duty: Ghosts‘ Squads sounds appealing. Not to the point where I’m as enthusiastic as this announcer guy, but you get the point. Squads is a set of modes centered around soldiers you build out and can then play alongside. They’ll be represented as AI-controlled bots and, in theory, are supposed to behave appropriately for the loadout you’ve given them. A sniper will do sniper-y things, for instance.

There’s also the option to play with and against real-world players, if you don’t want to be totally alone. This trailer runs through the various modes. I quite like the sound of Squad Assault, which is where you compete against another person’s squad in co-op while they’re offline. To that end, when you’re offline, you can accrue experience points from your squad’s exploits.