Call of Duty: Ghosts is going to be free soon on the PS3 and PS4, in case you were curious about how the new iteration ended up (spoiler — the actual release was underwhelming, but the DLCs have been pretty good overall). From May 2nd (10AM PST) to May 5th (10AM PST) you can now pick up the demo on your Sony console of choice.

Three maps will be included in this special version, including Strikezone, Warhawk, and Prison Break. You can also test out Extinction mode, which is basically Infinity Ward’s take on nazi zombies with aliens. 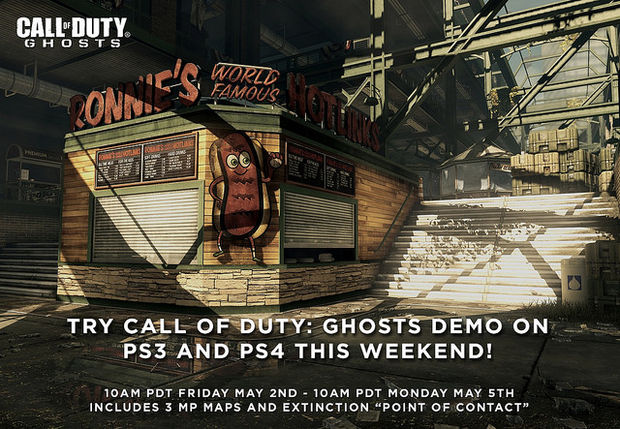