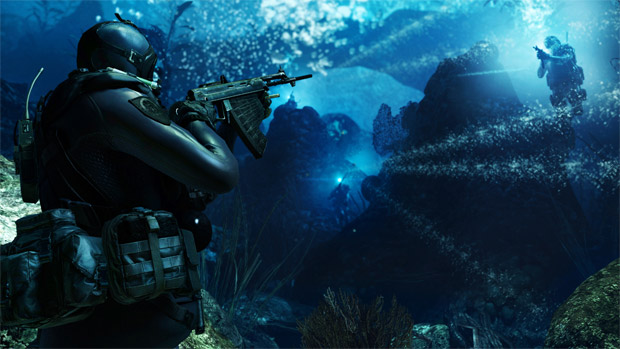 During E3, Call of Duty: Ghosts producer Mark Rubin told GameSpot that there would probably be a Wii U port. “We want to keep it mysterious,” he said at the time. Fast-forward to now, and he’s followed up with GamesIndustry International. Will Ghosts make it to Wii U? “Ha! You know that’s funny, because I don’t even know the answer to that,” Rubin stated.

“I swear to God, I don’t. I was trying to say in the interview [that] I really don’t know and I’m not supposed to talk about it. I’m not supposed to talk about the fact that I don’t know.” That’s … how does such a thing happen? The inability to communicate a “yes” or a “no” — or even a swift “no comment” — suggests to me that Wii U owners hoping to become buddies with the Call of Duty dog should not feel overly confident right now.