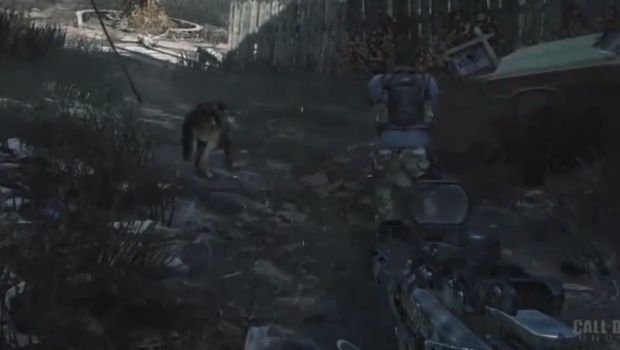 Here are two missions from Call of Duty: Ghosts, as revealed in last night’s live stream event. They’re both of the “slowly sneaking toward a thing while a man talks gruffly through an earpiece” variety, which I’m sure you’re all used to seeing by now. You know the drill by now.

Obviously, we get to see Private Barks-a-lot in action, so if you want to see a savage mauling kill cam, Ghosts totally has you covered. Woof woof!

What do you reckon? Too much like the same old same old, or are you excited for some canine slaughter?