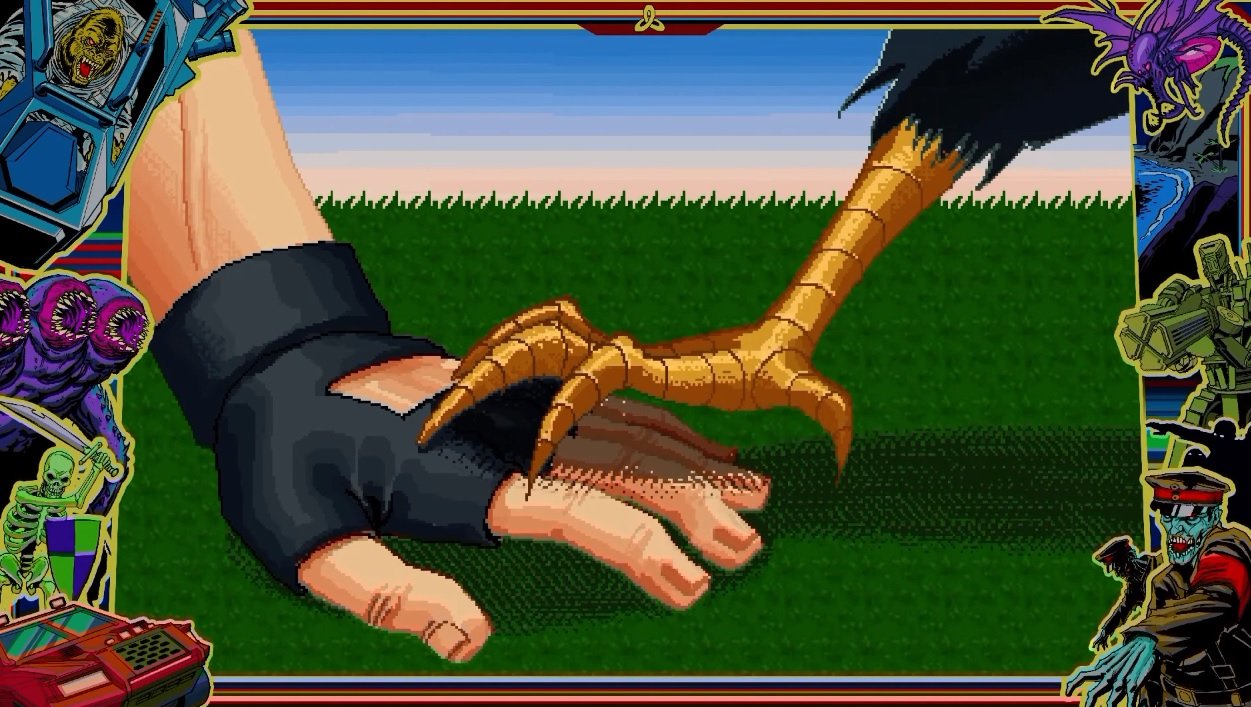 Just like the original Black Ops, there’s a hidden arcade game locked within Call of Duty: Black Ops III. It’s actually quite easy to access (just select the top-left icon in the video on the mission hub screen), and like its predecessor, it operates a lot like the old school classic Smash TV.

Except this time it’s going for a Blood Dragon-esque vibe, complete with a man and chicken relationship, and an evil gorilla. My favorite bit though has to be the first-person mode power-up, seen at the end of the video below. Easter egg spoilers, obviously.