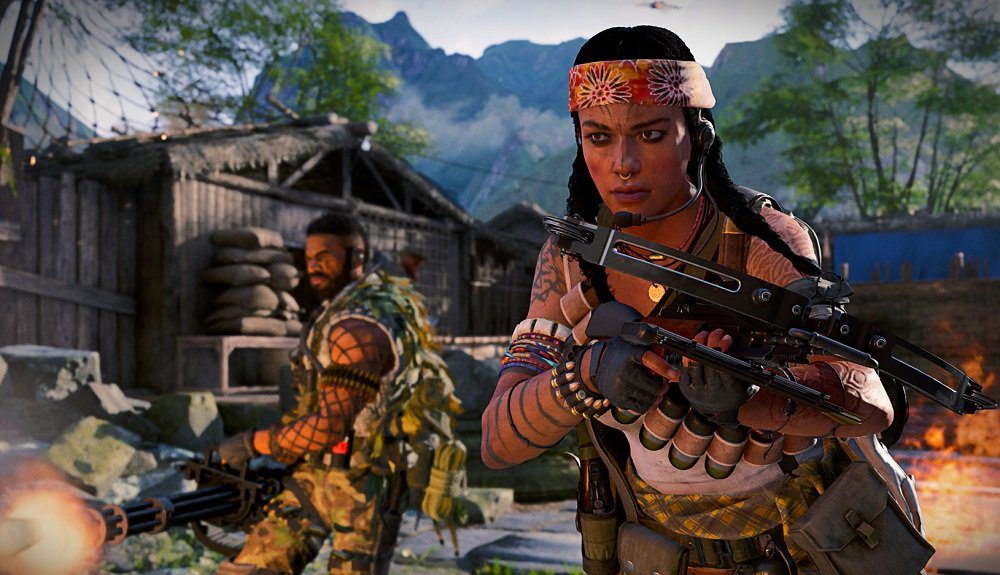 Activision and Treyarch have spilled the intel on season two of their blockbuster shooter Call of Duty: Black Ops Cold War and its sister title Call of Duty: Warzone. Kicking off on February 25, the new season brings a massive helping of exciting new content to both titles, including operators, weapons, scorestreaks, skin packs, modes, and a new Zombies experience.

First up, Operators. Season two brings a quartet of new characters to the roster including the villainous Naga, and Frank Wood’s new running buddies Karla Rivas & Terrell Wolf, all of whom debuted in the action-packed cinematic above. Joining the trio is long-time Black Ops Zombies star Samantha Maxis, fresh off her latest jaunt through the Dark Aether. I can’t wait to play as her! Naga will join in week one, with the others arriving as paid DLC packs.

Cold War will receive three new multiplayer maps: “Apocalypse” is the jungle map featured in the cinematic, and is utilized for 6v6 warfare, “Golova” is a new locale for Fireteam and, from the Cold War campaign, “Mansion” which will be used for the brutally paced Gunfight mode. A shrunken version of Miami is also en route, titled “Miami Strike”.

There will be a selection of new firearms – both primary and secondary – joining the CoD arsenal. You can check these out in the image below. Speaking of firepower, the Death Machine scorestreak returns, allowing players to get their Jessie “The Body” Ventura on once again. Ain’t got time to bleed, indeed. 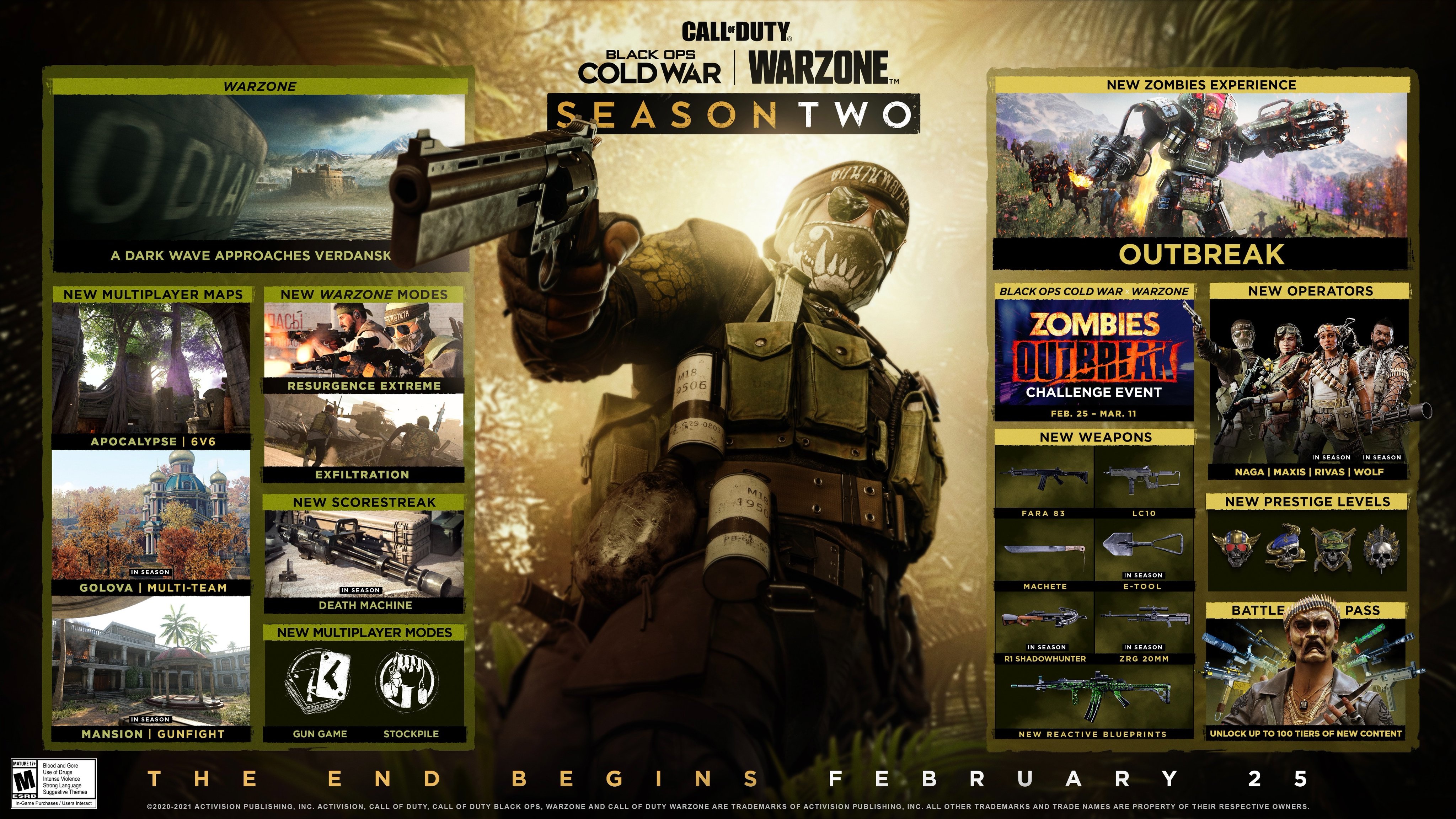 For Zombies fans, the recently leaked “Outbreak” event will tell the next chapter of the Dark Aether storyline, and will see Team Requiem travel to the Ural Mountains for its next bout of dimension-hopping carnage. Having freed Samantha Maxis from the hell of the Aether, hopefully she will be able to lead them toward the source of the dimensional anomalies.

Speaking of zombies, the undead bastards will also be making their presence felt in Warzone, via the limited-time Zombies Outbreak event, which takes place next week. Warzone will also receive two new modes: Extreme Resurgence and Exfiltration. New points of interest will also be added to the Verdansk map. An ominous ship currently lurks off the coast, though I’m very much expecting it to be full of the undead. Don’t be there when it docks unless you’re armed to the teeth.

Of course, there will be a new paid Battle Pass, offering 100 tiers of character and weapon skins, charms, XP bonuses, stickers, and more. Tier 100 appears to be a variant of new boy Naga. All-in, there’s a ton of content to keep CoD fans happy over the coming month or two, and while I understand that Cold War is a pretty polarizing entry in the Call of Duty canon, I’m still having a riot with it. For full details and dates, visit the official website.