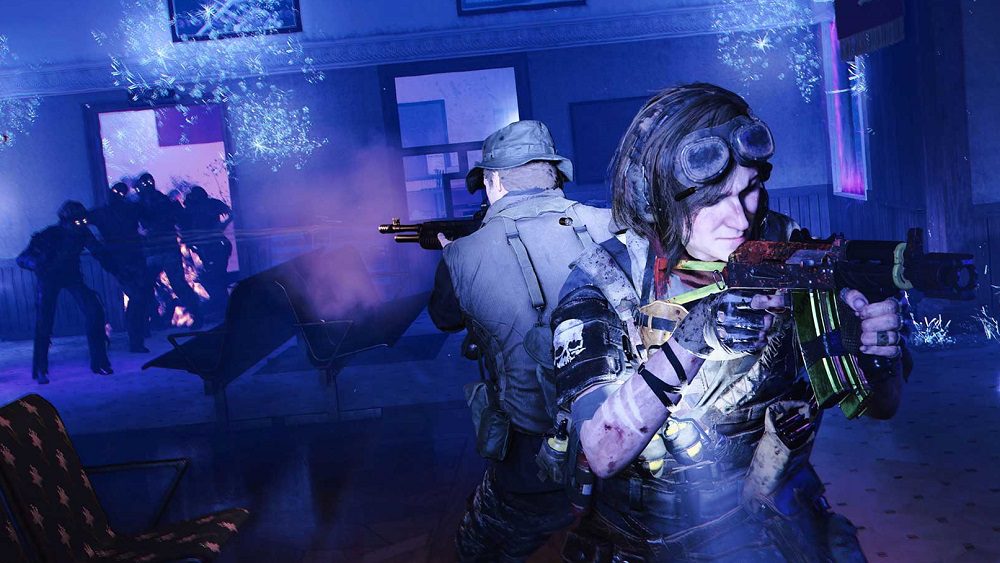 It just seems like yesterday that we all piled into the Dark Aether and pulled out the badass Samantha Maxis, rescuing the mercenary from a fate worse than undeath. And yet already, Team Requiem is preparing to continue its jaunt into the unknown via the new Zombies chapter “Outbreak,” which launches February 25 in Call of Duty: Black Ops Cold War.

As teased in the brand new trailer from developer Treyarch, Requiem will be heading into the Ural Mountains, typified by his steep hills and heavy woodland. Hope your quads are in shape for this one. As is to be expected, squads of four players will be tasked with battling armies of reanimated corpses, while digging up secret intel, hunting down easter eggs, and spending earned points on better weaponry, effect-based ammo, and support gear in order to better increase your odds against ever-growing waves of enemies.

This time, however, unlike Die Maschine and Firebase Z, Outbreak will not only feature numerous play regions set within the mountain range, but will also task Requiem with completing one of a number of primary objectives. These specific missions must be completed in order to continue the round, and will ask the team to complete specific objectives.

Escort sees the team guiding a Rover droid to its destination. Defend has Requiem protecting a vital research laboratory under siege. Retrieve tasks the team with locating and collecting caches of Aether deposited throughout the map. Eliminate sees the crew dimension-hopping to track down and eliminate Elites. And finally Holdout is your typical indoor war against a massing army of the undead, pouring itself into a confined space.

For the longest time I didn’t “get” Zombies. But I’ve really taken to it with Cold War. The satisfaction of working with strangers to complete a hugely complex but incredibly satisfying goal is one of CoD‘s best multiplayer experiences. When me and three “randoms” first pulled Maxis out of the Dark Aether, (before taking down a stories-high boss), I felt elated. And the fact that Treyarch is ensuring each new experience goes far beyond just “a new map” is helping to keep things feeling fresh… or rotten… or both.

Outbreak will launch on all platforms February 25, alongside Season 2 of Call of Duty: Black Ops Cold War & Warzone. For full details on the new season’s contents, check out our previous report right here.