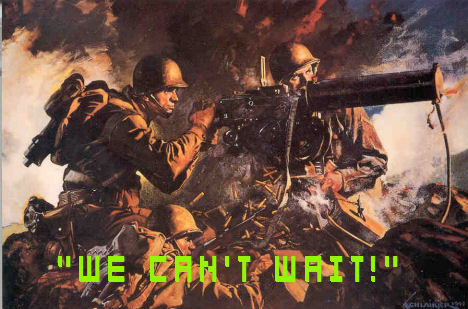 Call of Duty 5: World at War is turning heads with its controversial decision to return to World War II and promises of neat new gameplay features. The game is set to reveal itself fully on Xbox Live this weekend.

A trailer for World at War will be available “only on Xbox Live Marketplace June 21-June 22.” If you have an interest on Treyarch’s tour of the Pacific Front, you know where to be.

I am still sketchy about the game’s setting, but if it’s actually fun to play, it won’t matter. Treyarch has a very, very tough act to follow with Infinity Ward’s prior effort so it’s going to be very interesting to watch World at War shape up.