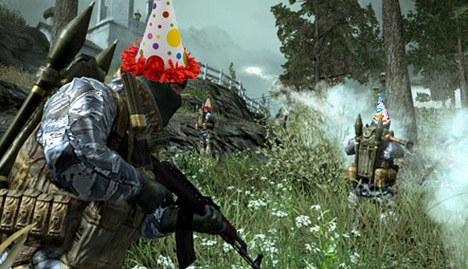 Creating a game that can sell more than 10 million units is no easy task to accomplish, but Infinity Ward has done just that with their award-winning 2007 first-person shooter, Call of Duty 4: Modern Warfare.

Infinity Ward studio head Vince Zampella broke the news to CNET earlier this week, saying that he didn’t know the exact number of sales per console, but that the Xbox 360 version of CoD 4 had been most successful financially thus far.

In other positive news, it’s also been revealed that Call of Duty 4 has retaken the number one spot on Xbox LIVE, and as a result, PlayStation 3 and Xbox 360 owners will receive double XP for all playlists from Friday morning until Monday.