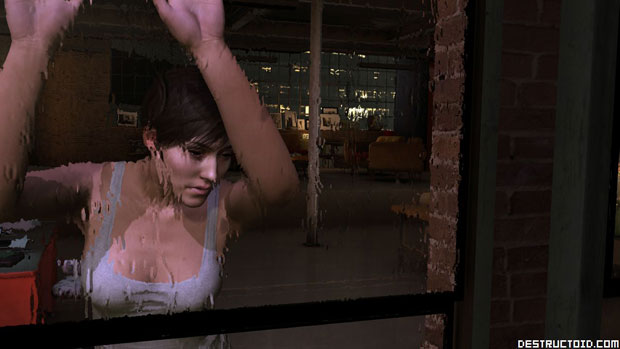 Are you excited for Quantic Dream’s Heavy Rain? It’s difficult not to be — the developer has been wowing gamers with the game’s tech for years, with lifelike visuals that promise to bring out emotions of in-game characters like never before.

Judging Heavy Rain on its visual merits is one thing, but with Quantic Dream promising a mature and compelling experience like we’ve never seen in gaming, expectations are through the roof.

But is Heavy Rain even a “game” at all? Quantic Dream co-CEO David Cage isn’t so sure, as he recently explained to me what makes Heavy Rain truly unique. When trying to describe my experience with the game to him, I used the words “interactive movie” for lack of a better term — Heavy Rain‘s gameplay isn’t typical. There aren’t any set goals or challenges; Cage describes it as a “journey,” and I tend to agree.

“Heavy Rain is about playing with a story almost in a physical sense, changing it, twisting it, discovering it, making it unique, making it yours,” he explains.

“Using the term ‘interactive movie’ to describe Heavy Rain has been a tricky question from the beginning,” he continues. “It is in many ways what Heavy Rain is — a visually told story that the player can affect by his actions.”

But he’s quick to distance himself a bit from the term, mostly due to the negative connotation gamers might have. Early “interactive movies” would offer up a series of scenes for players, offering them mostly meaningless choices from time to time. Despite the fact that Heavy Rain offers a very different experience to those “interactive movies” of old, Quantic Dream still had to field negative comments from people ignorant to how to the game is actually experience. To many people, Cage says, there’s simply no other way to tell a story but through cut-scenes. 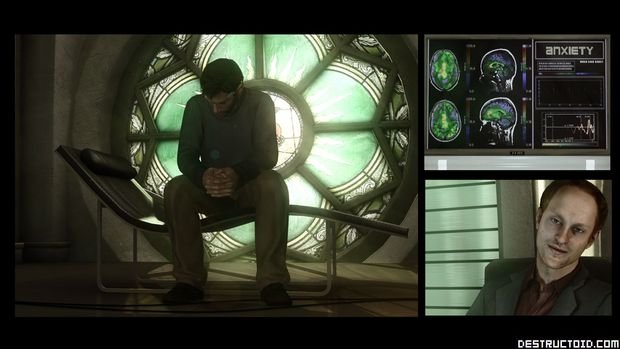 “In Heavy Rain, the player is in control second to second,” he explains, “he tells the story through his actions. All this is done in a very fluid, seamless way, with no cut scenes, no big flashing sign to make decisions, and this is what makes the game really unique.”

But because the game is so unique and shies away from videogame design conventions, he’s hesitant to call it a “videogame” at all.

“Heavy Rain is not a videogame anymore in my mind,” he says, “because it breaks with most of the traditional paradigms, but it’s fully interactive.”

“If the format becomes successful,” he suggests, “we will probably have to find a different name for this type of experience.”

Based on what you’ve seen of Heavy Rain, what would you consider it? Check back in tomorrow for my full preview and impressions, with more insight on Heavy Rain from Cage himself.