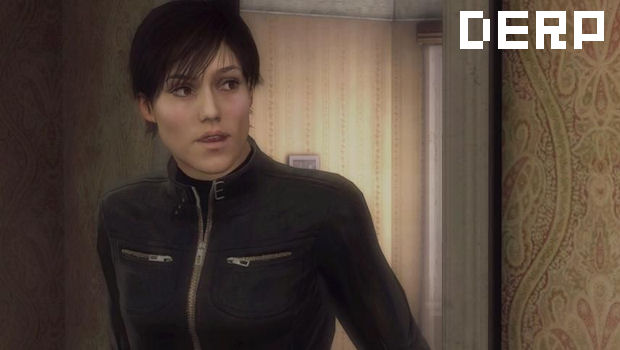 David Cage’s arrogance is unparalleled, even in an industry that sports Denis Dyack. Seemingly drunk on the fawning of his own fans, the Quantic Dream director has claimed that Heavy Rain opened doors for more maturity in games, and proved that videogames can be more meaningful.

“This game granted credibility and respect for the ideas that we believe in, and I am convinced that Heavy Rain has and will open doors to others to approach interactivity in different and more mature ways,” says the Kanye West of videogames. “I always said that the success or the failure of the game would send a strong message to the industry. This is now done. Thank you to all the people who believed in us and gave Heavy Rain a chance.”

For me, Heavy Rain lowered the bar for narrative in videogames, with an infantile plot, hamfisted twists, and paper-thin characters. That it’s been held up as an example of stellar in-game narrative is an insult to the medium, and a confirmation that our standards are pathetically low.

It’s embarrassing to think that gamers truly believe a game full of so many plot holes and poor writing is the pinnacle of what this industry can achieve. It’s even more sad that Cage clearly believes it, too, and as such has no ability to look critically at what he did. So I hope you enjoy games being a joke to other mediums, folks, because this is what you’ve encouraged.

Oh, and Silent Hill 2 did everything Cage claims Heavy Rain did. Only with better acting.