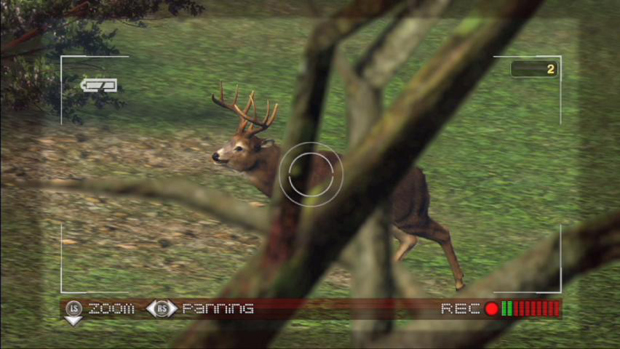 See, it looks great. I’m not talking visuals, though they are better than I would have expected. No, I’m talking about the gameplay shown in the trailer. A multi-player hunting game is a good idea but I am far more interested in the bit about making your own TV show. That looks like it would be fun as hell with a second person. It would be like a cooperative Pokémon Snap with headshots.

But everything I’ve read about the game suggests that the TV show bits are single-player. What a tragic missed opportunity that would be. You hear me Cabela’s? I’ll buy your titles when they feature gameplay as described above and not before.