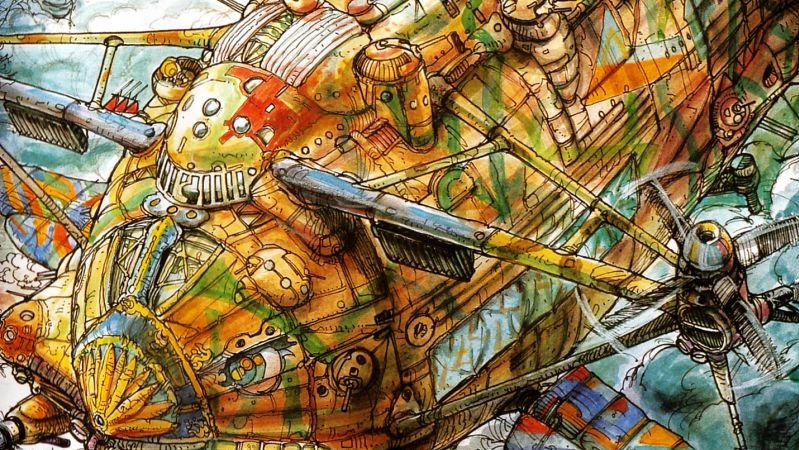 It’s a fun word to say

I don’t know how Steel Empire snuck up on me, but I had never heard tell of it until I held the Genesis clamshell case in my hands. A horizontal shoot-’em-up where you can pilot a blimp? Get out of my dreams and into my Genesis. However, I later learned that Steel Empire had been ported to 3DS and then to PC. Our boy, Chris Carter, even reviewed it back in the day. Since I was an avid reader of Destructoid at the time, I probably saw it, but it didn’t connect.

So, here I thought I discovered some lost gem of the Genesis library, and really it’s been in circulation this whole time. Ah well, it’s not some sort of competition. If it was, I would have so many participation trophies. 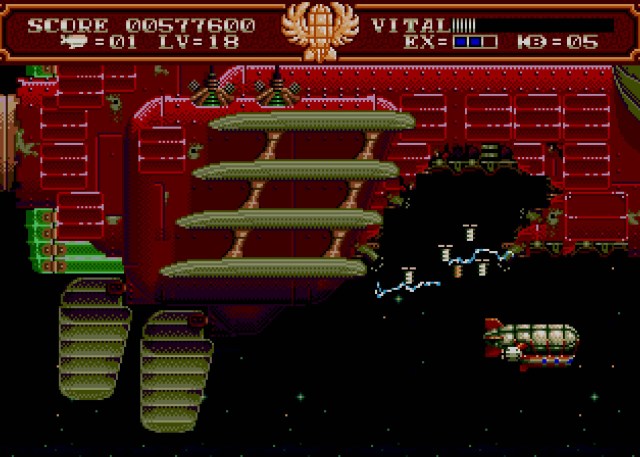 Steel Empire is a 1992 game by Hot-B. Hot-B was the developer responsible for Hoshi wo Miru Hito, which was a Japan-only release that achieved the reputation of “kusoge no densetsu” or “crap game of legend.” Despite this, they were never really considered a bad developer. They had some success in the fishing genre, and previously created Insector X on the Genesis. Most developers have their off days. Just ask John Romero.

Truth be told, and blimp aside, Steel Empire is more of a mid-tier shoot-’em-up. I could name, off the top of my head, a number of better shooters that came out before and around the same time as Steel Empire. That’s fine because I’ve played those a bunch, but not as much Steel Empire. It’s not like there’s only room to play one shoot-’em-up. How long does the typical game in the genre actually run? Like, an hour, tops?

What I like about Steel Empire is that there’s an earnestness about it. It doesn’t feel like an all-in effort. It wasn’t made by veterans of the industry. Steel Empire isn’t Raiden. It just is. It has a vision, and it shoots for it. Comparing it to other games in the genre doesn’t seem useful because it doesn’t seem to be trying to compete. However, I’m going to do that anyway to let you know how excited you should be to try it. You should be medium excited. 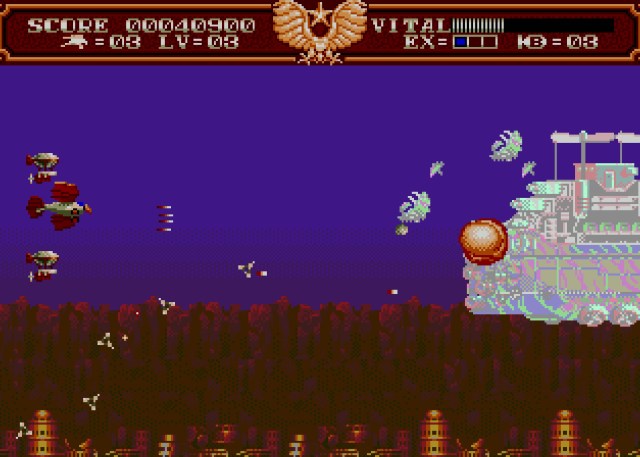 Steel Empire tells the story of an evil empire that’s kicking everyone’s ass until its neighbor decides to stop them with their wicked blimp. Pretty much every shooter tells the story of someone’s cool, cool spaceship, but Steel Empire is the only one that’s, like, “Aw, check out our awesome blimp.” I don’t really know what makes this blimp so special, but it is definitely better than any of the rigid airships that the enemy can throw together. It is absolutely the best lighter-than-air combatant in the sky.

There’s a plane too, which has different stats. It’s actually a good idea to pick it for certain stages. It’s kind of neat, but it’s not full of hydrogen, so that sucks.

You then go through a series of stages that has you pushing back the Motorhead Empire. You start off by kicking them out of your territory, and then you invade theirs and go for their emperor. It’s kind of a neat bit of cohesion that builds as you go. Most shoot-’em-ups don’t really tell much of a story, so it’s sort of fun that there’s a whole narrative arc to Steel Empire, as simplistic as it is.

The downside is that they chose to present all the cutscenes in a way that’s supposed to emulate the flicker of a projector. This might have looked okay on a CRT back in the day, but on any modern display, it’s a good way to ruin an epilepsy sufferer’s night. 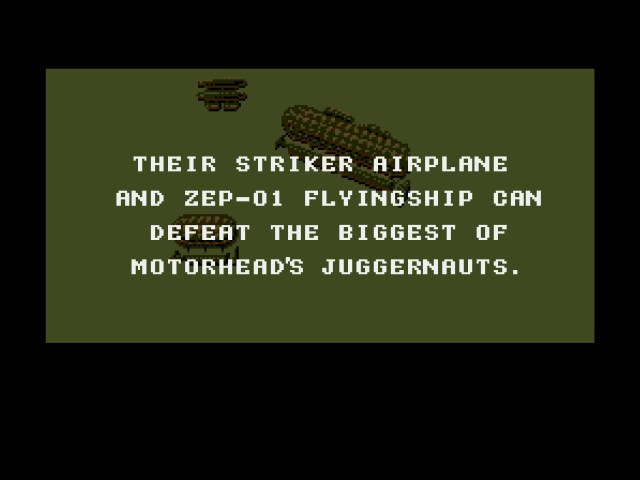 The actual gameplay is rather straightforward. You try to get from the left side of the level to the right while losing as few lives as possible along the way. The levels are nicely varied, and the pixel art is fine. Power-ups are linear, but you get to keep everything but your options (little floaty balloons that shoot alongside you) when you die. You keep leveling up, and I’m not sure if it actually caps out. Eventually, you stop getting more bullets, but it’s hard to tell if your shots become more powerful.

There’s also a health bar, which is somewhat unusual for the genre. You can take multiple hits before going all Hindenburg, and the amount you have each life is increased as you gain levels. You can also grab dropped items that will refill your bar. The plane has, by default, less health than the blimp, which makes sense because that sort of airplane is usually made of canvas, while a blimp is made of blimp.

If there’s one major downside to Steel Empire, it’s that the Genesis version suffers from severe slowdown when things get messy on screen. It’s noticeable, but I don’t personally mind. I bring it up because slowdown is one of the biggest sins a shoot-’em-up can commit to some people, so it sounds like an important detail.

If there’s another major downside, it’s the repetition toward the end. Certain sub-bosses repeat with only minor differences, so while the background action may change up constantly, things can get kind of repetitive where it really matters. Like most shoot-’em-ups, Steel Empire is a rather short experience, so it doesn’t get too stale, but it does diminish its climax. 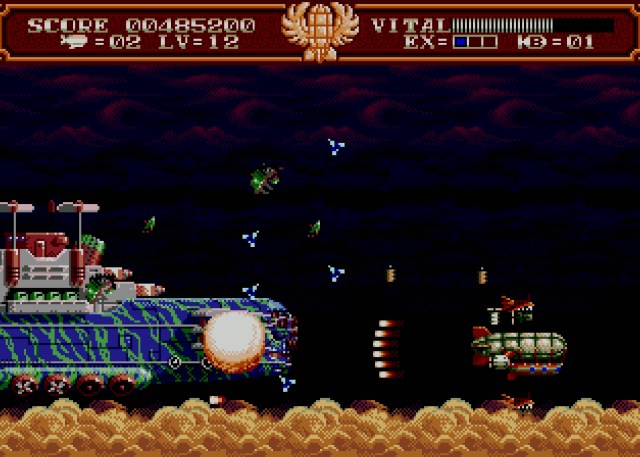 I was somewhat surprised to see that Steel Empire had received multiple ports. I’m not saying it isn’t deserved. I believe that every game, regardless of quality, should be available and playable in perpetuity. It’s just that there are plenty of other games less obscure than Steel Empire that have never been renewed for later hardware.

However you choose to do it, Steel Empire comes recommended if you enjoy fun or blimps. Or both. Just don’t come in expecting it to set your hydrogen alight because it probably won’t do that. It isn’t Raiden. The only thing that could be better than Raiden is Raiden but with a blimp.