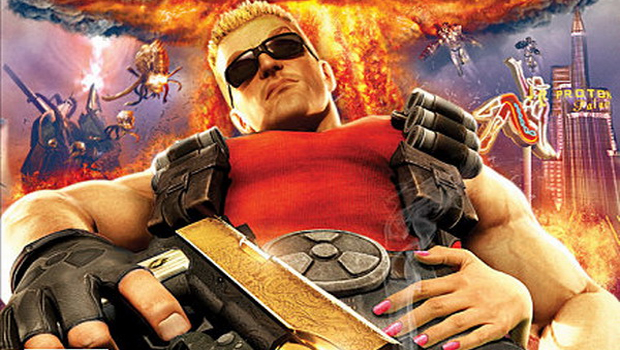 Duke Nukem Forever DLC. Like a terrible birthday gift from a close relative, you just have to force that smile as a disingenuous “Thank you!” escapes your cringing lips. Except you won’t be able to run to the PlayStation Store and exchange it for something else. DLC, much like herpes and diamonds, is forever. You’ll just have to hope that Uncle Pitchford gets you something better next year.

Members of the Duke’s First Access Club will be getting The Hail to the Icons Parody Pack for free next week. Lucky bastards. Everyone else will have to pony up the 10 bucks for the four new multiplayer maps. An update will be going live on the same day (October 11th) that will fix a few of the game’s many bugs. Hopefully it’s like 10 gigs and will be a completely different game. A boy can dream.