I was both pleased and honored to have my last Monthly Musing article promoted to the front page at the behest of you, the Dtoid community. In the comments, there were many requests for more tales from my time as a UO Game Master, and so this post is devoted to sharing more stories from a very fun time in both gaming history and my life.

Greetings once more, gaming wanderer! I must admit I am pleasantly surprised to see you back … you honor this crazy old fool with your presence. It gets lonely out here in the forgotten digital wastelands, with only my action figures — er, I mean, the wind and sand for company. Sit, my friend, sit! You are in for a treat; tonight, I am preparing the traditional meal of a Game Master during shift. The microwave burritos will be done shortly, and there are Cool Ranch Doritos in abundance in this realm. You look weary, traveller. Let me fill your cup with the invigorating elixir of the demigods — known to the initiated as Jolt Cola.

But, I forget myself! You are not here for feasting and pleasantries! I sense that you have returned seeking my ancient wisdom and further tales of gaming times past. You wish to hear more of the tragedies and triupmhs of that ancient virtual land known as Ultima Online. Let us not tarry, then. Here, hold this 56K modem in your lap, and stare deeply into the CRT. You may feel some sharp aural discomfort as we travel backwards in time, but pay no mind, that is only Hansen’s opus MMMBop breaking the Billboard Top 20. Fear not, the pain will pass shortly, like their popularity … ah! Here we are, in the hallowed halls of Origin Systems, where once I wielded awesome power over all of Britannia. I remember a time …Sisyphus and the Eternal Staircase Of Exploits

Since it wasn’t possible for a single GM to catch every single exploiter in the game, it was important for each collar to have a certain amount of dramatic impact, so that the tale would spread more quickly, thus providing a stronger deterrent to potential and/or repeat cheaters.

There’s no training manual for being a deity. So when one is thrust into the role of a vengeful God intent on punishing the wicked, it helps to start with the classics until you develop your own style. I began with Greek Mythology.

As a punishment from the Gods for his trickery, Sisyphus was compelled to roll a huge rock up a steep hill, but before he could reach the top of the hill, the rock would always roll back down again, forcing him to begin again. The maddening nature of the punishment was reserved for Sisyphus due to his hubristic belief that his cleverness surpassed that of Zeus.

Now, in UO, there was no end to the list of players who thought they were more clever than the programmers and GMs.

Shortly after the profliferation of houses in UO, an interesting exploit was discovered. If you could stack enough crates in the right place in a staircase formation, you could climb up and over the wall and drop through the roof into a players house — followed shortly thereafter by robbing them of all their possessions — occasionally followed by leaving a book with a message inside taunting the previous owner of said possessions. 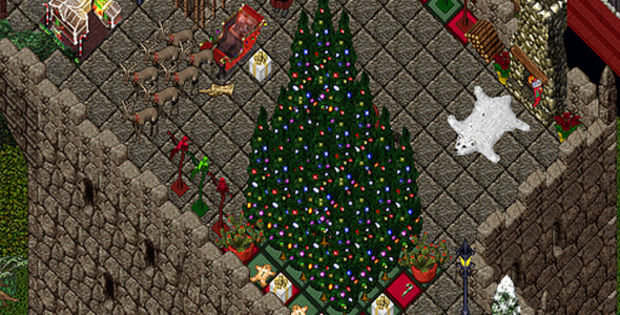 For exploiters, it was Christmas in Ultima Online everyday.

I finally caught this one guy in the act of using the exploit, and was well within my rights to ban him on the spot. Now, I was still in the process of gaining my “street cred” as a GM, so I decided that a simple banning wasn’t going to be good enough for me. It was a graveyard shift, so I had plenty of time to toy with this fellow — as my work queue was minimal in the late hours.

I watched invisibly as he stacked crate after crate with perfect precision, until his formation was nearly complete. As he placed the last few crates, I opened his pack and deleted all the remaining crates he was carrying, and also one crate from the stack nearest the house wall. This way he was one shy of being able to breach the house.

After milling around for a few minutes attempting to figure out what was wrong, he takes off to go bring back another crate to finish his staircase. At this point, I delete the entire formation. Three minutes later he returns with a single crate to complete his structure, only to find nothing but air.

When he returned the third time, after much cursing and WTF?!?!-ing, he set out AGAIN to break in to the house. By the time he had neared completion of this third attempt I felt my point had been made. So I let him finish the last stack and drop over the wall and into the house.

As he literally typed “BOO-YAH!” to celebrate his incursion, I froze him in place, then teleported him to jail. As he spewed a litany of colorful insults at me, I was overjoyed to tell him — “I truly admire both your intelligence and determination, <handle expunged>. Your account is hereby permanently banned as per the Terms Of Service. Have a pleasant evening.”

I got many “thank you” pages in my queue that week. And so the evildoers of the night began to learn to fear GM Backlash. 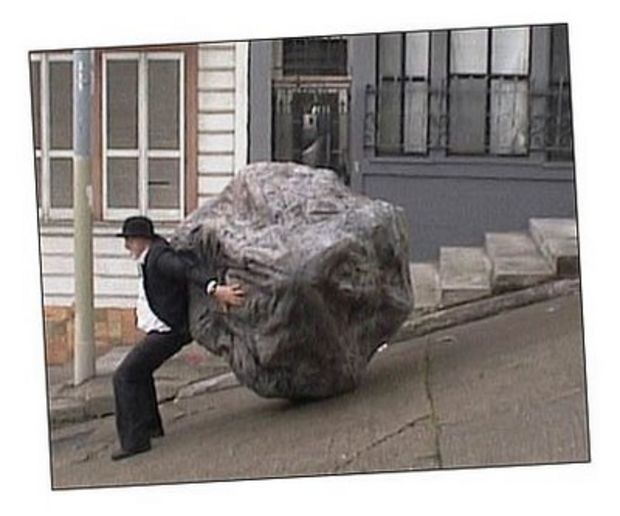 For gamers, substitute Ninja Gaiden 2 or BattleToads in place of rock.

In basketball, it’s never the person who throws the first punch or makes the first inappropriate statement that is called for the foul. It’s always the player who responds in kind.

In like fashion, Ultima Online was the epitome of the maxim, “two wrongs don’t make a right”.

Any illegal action (such as attacking another player or stealing) within a certain range of a town resulted in the infamous “guardwhack”, where a town guard shows up and instakills the offending player.

There was a player who I began to refer to as the French Taunter, who used this game mechanic as his sole means of success in Britannia. The Taunter would wander around town clad in nothing but a loin-cloth and bait players into attacking him. Now, he was always smart enough to never say anything that could get him banned, but really just enough to get under the other players’ skins.

I used to love watching him work. He would walk up to newer players who had bought high-level characters online, and begin goading them into a fight. Practically naked, he’d say things like “dude, I could take you with my modem off, clown!” or “I’m so sexi I don’t need armorz to beat you down, baby!”.

These new players weren’t willing to take an insult or a challenge lightly, especially not when they spent many real life dollars to have a character who would own in a fight. Not aware of all the game rules, these idiotic hotheads would eventually take the bait and click to attack. Guardwhack. Corpse drops. And the looting begins.

My favorite part of the Taunter’s MO was when he would then follow the ghost of the dead player around wearing a piece of their armor or helmet to rub it in just a little bit more. I knew I was going to have to calm down a pissed-off player, but I was still amused to no end to see him follow the ghost around saying stuff like, “Man, I shouldn’t have bothered! Your loot smells like elephant turds. Don’t you ever shower?” 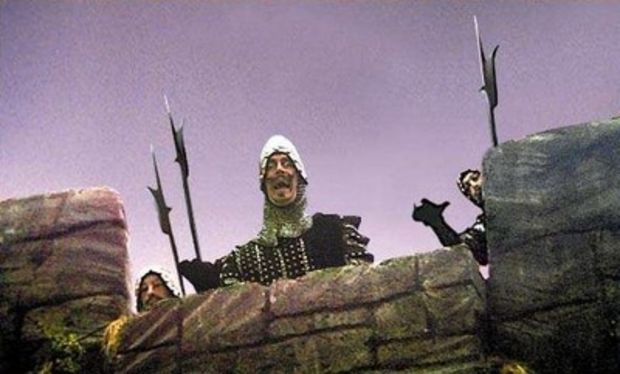 Your mother tried to exploit me the other night!

For Him, A Fate Worse Than Banning

As a GM, I wasn’t what you would consider Lawful Good. I don’t really like rules for the sake of rules, and I tended to focus on enforcing the ones that made the most sense in a manner I felt was most effective.

That being said, I loved enforcing the rules regarding hate speech in the Terms Of Service. I couldn’t believe some of the ignorant and spiteful stuff I saw. For example, I took great pride and satisfaction in helping to track and ban the fucking waste-of-human-tissue American player who ran around a Japanese server with a character named “Enola Gay”. (look it up if you don’t know why that’s utterly offensive)

A ban like that was easy: objectively verifiable and explicitly against the ToS.

I had other players, unfortunately, who were not so careless about how they harassed others. One player, who made it a point of harassing or player-killing anyone he discovered was gay, took great pride in his hate-mongering. He would hurl epithet after epithet, then go silent before I showed up to respond to the complaints, knowing that unless I was able to capture them saying something like “faggot” on my chat log that I couldn’t ban him.

When I spoke to him about it, he gloated. He confessed to it all, then lol’ed as he told me to my face that I had no real proof and so couldn’t ban him. The little bastard was right, I couldn’t ban him — he was too careful. But that didn’t mean that I was powerless, and I was going to be damned if I let that kind of behavior go unchecked on my watch.

Now, I couldn’t remove items or change stats or levy any kind of retribution which would impact his ability to play the game. So I had to get creative. I kept his handle by my computer, and I made it a point to track him down every day. True to my calling as an agent of justice, I felt compelled to ensure that the punishment fit the crime, even if it wasn’t as severe as I would have liked.

Every single shift, I would find him at least once to perform the following actions :

1. I would open his character’s paper-doll, and proceed to dye every piece of his clothing, armor, and even weapons a bright and festive day-glo pink, or the like.

2. If he were riding a horse, I would dye it pink as well, and change the horse’s name to “My Little Pony”.

3. I would go to his in-game house, and change the inscription on the placard outside to read “Y.M.C.A. — Public Showers.”

If he was going to use the letter of the rules to avoid punishment, then I was going to use the same loopholes to regulate. I didn’t technically impact his ability to play the game, but it really did take the sting out of his hate speech when he shouted it from on top of My Little Pony. He eventually gave up his mouthy and ignorant ways, about two weeks later. Those are the kinds of victories a GM lives for. 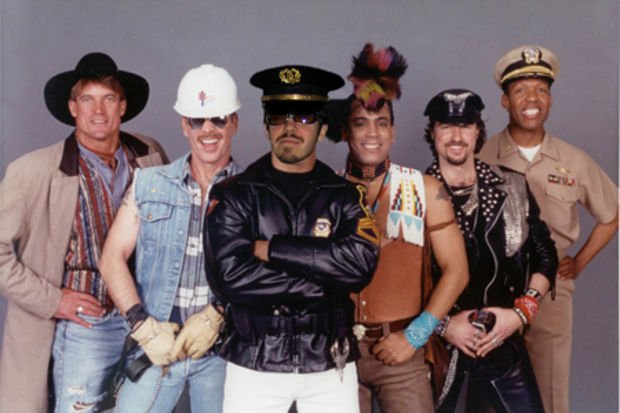 My friends, the hour grows late, and I must rest. We needs must end our sharing of lore for now. I thank you, kind Internet adventurers, for passing some time with a former deity; sharing a passion for the triumph of gameplay over graphics, and the MMO that showed us it was not only possible, but glorious. I shall now send you back to your own time. Brace yourself! They’re showing Face/Off on the return flight.”