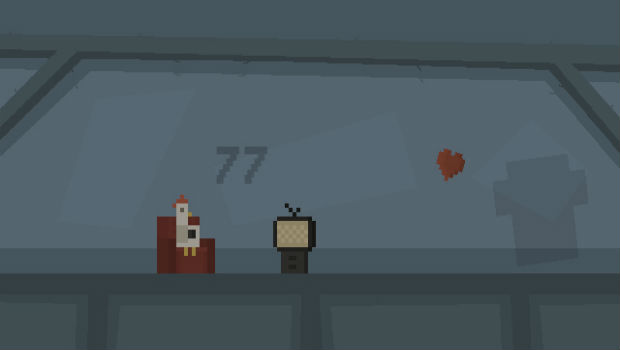 A highly disturbing haunted TV, that is

Bwak! Get it? A little chicken onomatopoeia humor for ya.

Wait, no, Bwak is actually the name of a survival horror indie game that was recently released, in which you’ll save a chicken from dying through changing the channel on this television.

Basically, you have one button (Z) at your disposal in which to flip through channels, keeping a set pace while trying to avoid freaky channels that will make your heart explode due to fear. Try it in the dark with headphones turned all the way up.

You can play it here, if you dare.