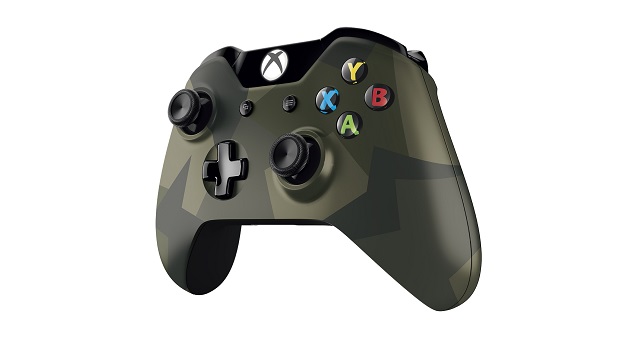 Same goes for the headset

As the Xbox One is relatively new in the grand scheme of its estimated lifespan, we haven’t gotten a chance to see many special edition controllers come out yet. This Titanfall one was significant as it marked an important game for the platform. The next projected one isn’t as flashy, but that’s the point.

In October, the special Armed Forces edition controller and headset will go on sale for $64.99 and $89.99 respectively. They’re designed as “modern camouflage,” and that term probably gives you a pretty clear mental image as to what they’ll look like. If you want to disappear into the native environment of your couch, this is the setup for you. Also, you have a hideous couch.