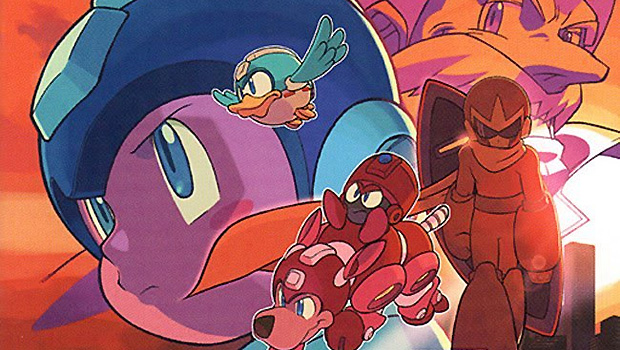 It’s been a while, brother!

After nearly a month since the last soundtrack release, Capcom has made available the Mega Man 5 OST to celebrate the classic platformer’s arrival on the 3DS eShop. As with the MM4 OST, the album costs $8.95 and contains both the NES and PS1 Complete Works soundtracks, plus bonus arrangements by the in-house Capcom band Alph Lyla.

Your mileage may vary, but Mega Man 5 is my least favorite of the NES installments. I found most levels too long and devoid of interesting stage hazards, while the music overall lacked pep. I also felt it lazy that the all four levels in each of the two castles shared the same song, breaking the tradition of switching up the music every other level.

But if the Proto Man castle had to reuse a single song, I’m glad it was this one. Despite how I feel about the rest of the soundtrack, that song ranks among the best in the series’ history.