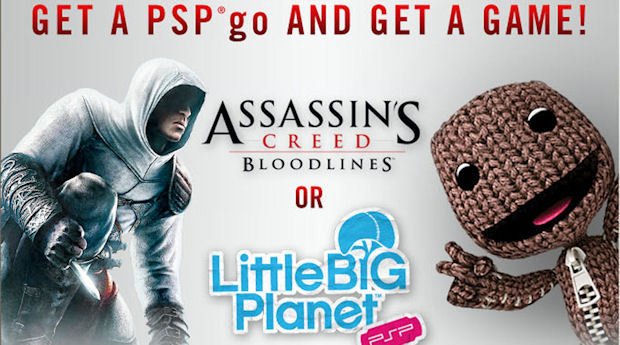 SCEA today announced that it would be doing something it should have done at launch — it’s going to offer some sort of reason to buy a PSPgo. Yes, even though Europe got incentives out the arse, North America has only just been offered something in return for purchasing the useless thing — either LittleBigPlanet PSP or Assassin’s Creed: Bloodlines.

Anybody who buys a PSPgo between now and March 21 will get a code that they can redeem for one of the two games. Consumers will have until March 31 to redeem the code, before they are null and void. So, there is finally a reason to own a PSPgo, but to be honest you’d still be better off with a 3000 and a secondhand UMD of either title.