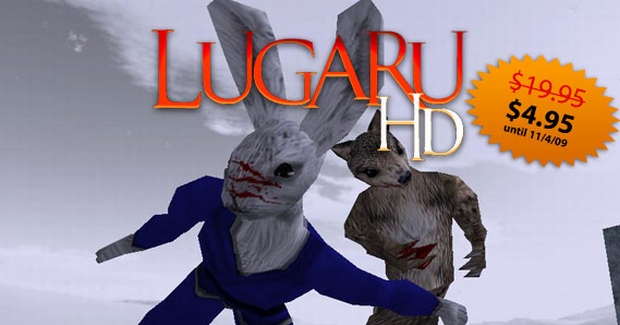 Lugaru, the much-beloved indie game which can be most easily and enjoyably described as “a violent kung fu revenge story starring rabbits,” will be available for a fourth of its usual asking price until November fourth.

I had a relatively difficult time recommending the game for $20 back when I wrote an indie nation on it, but the game’s a downright steal for $5. The combat system is enjoyably deep and challenging, the story is so weird it can’t help but become interesting, and the version that’s on sale evidently has updated HD textures or something (though, to be honest, you wouldn’t know it from the trailer on the Direct2Drive page).

Given that we still don’t have a release date for Overgrowth, the game’s sequel, I’d highly recommend giving Lugaru a try at this price.