Butts say a lot about personalities

Borderlands 2‘s Ellie is a hard working, confident pragmatist. Once she sets her mind to a task, she pushes forward and gets it done in spite of what anyone else thinks of her chances. She loves what she does and she loves herself doing it. Sure we can tell this from her actions, her decision to head off into the Dust and launch her own successful business, but it’s far easier to learn these things about her based on her butt.

Ellie’s backside is that of a pragmatist, focused on function rather than aesthetic. As a mechanic, Ellie frequently has to spend large amounts of time on the cold, hard ground and her butt reflects that. If you’ve got to spend all day doing physical labour, some padding will do you a world of good.

Ellie is a confident woman. She’s not ashamed of what anyone else things of her plump posterior, proudly highlighting it with a mock flower. She draws your eyes to her arse. She knows what she’s working with and she wants you to know it’s okay for you to take a peek. She has high self esteem and a great deal of body positive confidence.

You might think I’m crazy. Maybe you think bums, butts, and booty aren’t an important tool in effective characterisation. I could not disagree more, I think butts are the height of efficient character design. If you design your character properly, their butt will tell the player everything they need to know about who the character is and what they want out of life.

What? You’re not convinced that butts are an effective window to intelligent character design? You want another example? Well, let’s take a look at our good old friend Luigi. 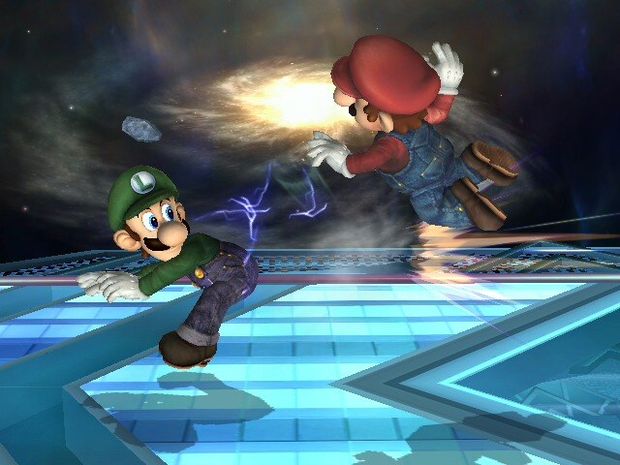 Younger brother of arguably the most well known and influential video game protagonist of all time, Luigi is often overlooked by the world. On first glance he’s nothing to look at, appearing at first to be merely a reskin of our beloved Mario. The key to understanding how Luigi’s personality differs from that of his beloved sibling in in how he uses his butt in Super Smash Bros.

Where Mario has a cushy posterior, lax from years of complacency, Luigi’s butt is everything Mario’s isn’t. Where Mario has size on his side, Luigi quietly toned his backside into a lean, effective weapon. Where Mario’s arse is all for show, Luigi honed his into an aerobatic, dexterous vehicle that can propel him to success. Luigi thrusts his butt with a terrifying and unexpected ferocity that only comes from years of discipline.

Luigi can’t rest on his laurels. To be seen as equal to his older sibling he has to exceed him in skill in every regard. Looking at the extra work he put into weaponising his booty is the strongest evidence there is to show this defining emotional character trait. It’s the ultimate proof that Luigi has to work harder just to maintain the meager fame he has. The butt is key.

Right, you’re still on the fence? Well, let me pull out my narrative trump card, the Skull Kid in Majora’s Mask. 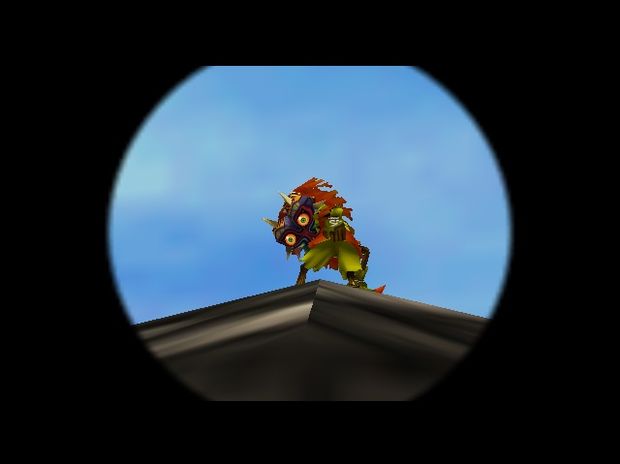 When you first start playing Majora’s Mask, all you know about Skull Kid is that he’s an evil horse thief. He plots an attack, steals from you and viciously prevents you from recovering what is yours. What’s not immediately obvious is the fact that there’s a playful child underneath the malice. This is where his butt comes into play.

Very early in the game, while trying to track Skull Kid’s location, we’re treated to a butt centric scene that hugely informs on our antagonist’s personality. When he realises you’ve spotted him he doesn’t react with malice, but with a playful, lighthearted bout of self spanking.

The fact Skull Kid chooses to antagonise you not with the misdeeds he holds over you, but with something as childlike and immature as a slap to his bum tells us so much about the layers of character depth we have to unravel throughout the game. As the scope of his evil actions grows, the only trait that gives us hope in his redemption is that single, playful, childlike arse slap.