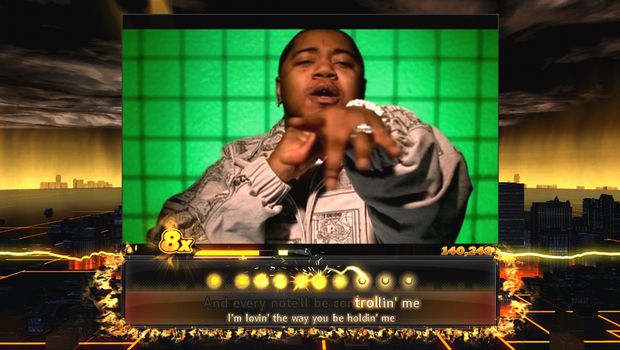 Seven more tracks have been confirmed for the upcoming game that’s going to turn you into a rap superstar, Def Jam Rapstar:

It’s also been revealed that producer Bangladesh will be providing instrumental beats for the game’s “Freestyle Mode,” where players can spit their own rhymes over instrumental tracks. The announced instrumental beat “Gutter” will join just revealed beats by DJ Premiere (“Go Back”) and Just Blaze (8 Bit).

I make no claims that I can rap (sometimes I can barely speak), but there’s something about Def Jam Rapstar that has my attention. I don’t know if it’ll replace Rock Band as the party game of choice, but it’s shaping up like a pretty great alternative for folks who would rather hear a Busta Rhyme track over Metallica. I hope to be spending more time with the game soon, so keep your eyes peeled for a more in-depth, hands-on (mouth on?) preview.

The game is out October 5 for PlayStation 3, Xbox 360, and Wii. Fat Joe (who I once had the pleasure of meeting at a New Jersey Turnpike rest stop) loves it, as you can see from the video below.