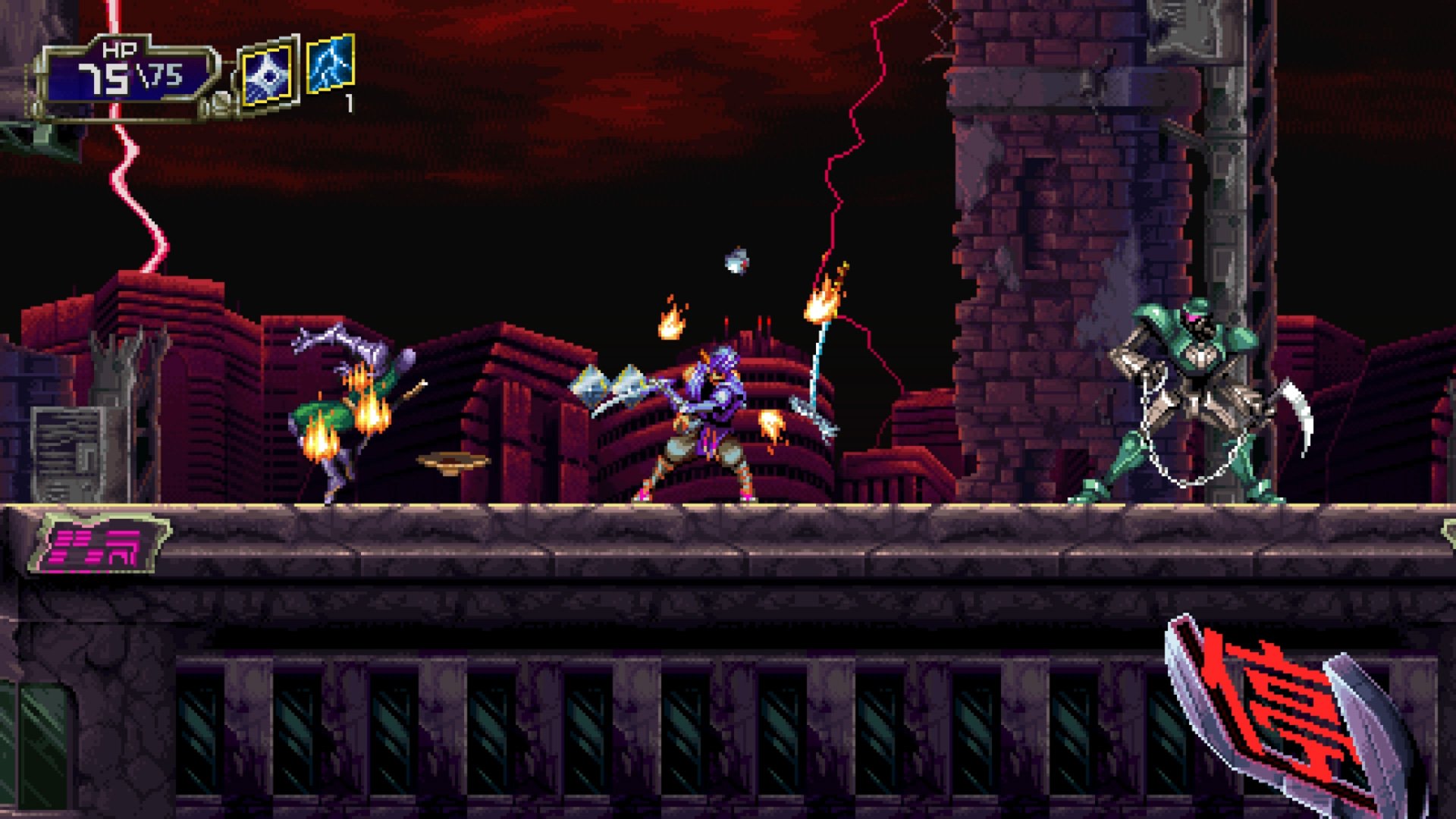 I am here for that high-flying jump

I know many of you need a breather from all of the promising retro-style metroidvania games that come through Kickstarter. Even if you cut out the titles that don’t bring in enough funding, there’s a lot left. We’re still seeing games we first talked about several years ago just now see release.

So while I realize most of us are at risk of genre burnout and I need to be picky about what I do and don’t highlight on this site, I just can’t resist covering Bushiden. It’s a futuristic ninja action-platformer with flashes of Strider and Symphony of the Night. The level structure is interesting, too.

Structurally, Bushiden is divided up into selectable levels once you beat the prologue. You can clear the game without ever replayling levels, meaning you can treat it like a straight-up arcade-esque action game. Or, if you want, you can lean into the game’s metroidvania elements to go digging for secrets.

Here’s how that works in practice, as explained by developer Pixel Arc Studios. “Completing a level by defeating the boss grants Reylee a new ability. Levels can be exited before completion at Save Terminals and they can be revisited, even after completion, to utilize Reylee’s upgraded abilities while exploring for secrets. Completing all six of the available levels unlocks the final level, Gaoh’s Tower, and puts Reylee on a collision course with the final showdown between him and Gaoh!”

Bushiden hasn’t lit the crowdfunding world on fire yet, but it only needs a modest $70,000 to reach its funding goal. Note that “all of the media from the game in this Kickstarter has been captured while running in-engine with an actual person playing.” If all goes well, it’ll come to PS4 and PC in 2020.