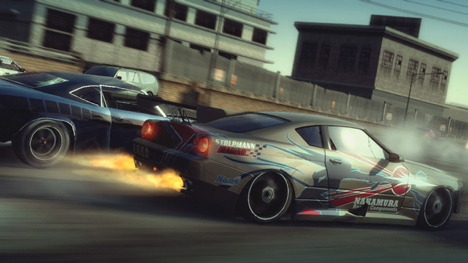 Today, Criterion announced, via the PlayStation.Blog, that Burnout Paradise would fully support Trophies. And if that wasn’t enough, the developer also decided to detail their upcoming update called Codename: Cagney, which is set to release on July 10.

The Codename: Cagney update is essentially a set of 70 new Freeburn challenges with a timer slapped onto them. Aptly named “Timed Challenges,” the new mode will have players attempt to reach a specified location in the shortest amount of time. After completion, all the race information will then be stored on a separate leaderboard, which is promised to be highly competitive. The best thing about the new content is that it will be completely free.

Unfortunately, PlayStation Trophies will not be included in the Cagney update. It shouldn’t be that big of a deal, though, because of the inability of the upcoming system to retroactively account for PlayStation awards. You weren’t ready to play all the way through Burnout Paradise again anyway, right?

Either way, it’s refreshing to know that Criterion is willing to support their game in this capacity. Free content with actual substance is increasingly becoming rare on next-generation consoles. More developers should be stepping up to the plate like this and rewarding those who enjoy their games.