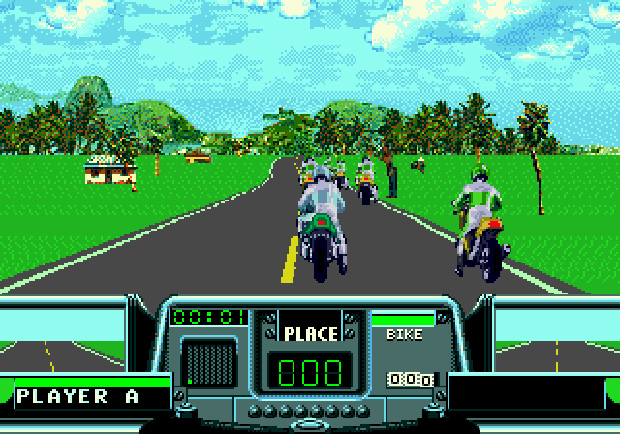 Be still, my heart!

Speaking to The Guardian, Need for Speed Most Wanted creative director Craig Sullivan divulged what many of us were hoping: “There’s still a lot of stuff we want to do with driving. We will make another Burnout game at some point,” he says of Criterion.

“Obviously, as we’re working on NFS we’re thinking of really good ideas that aren’t right for this series; there are ideas that we’re going to explore with Burnout. And we wouldn’t be making NFS or Burnout games if we didn’t think the driving genre had a long shelf life and that we could push the boundaries.”

But it wouldn’t be a discussion about Criterion’s future without the mention of a certain motorcycle game. “When we did Burnout Paradise we did some motorbike DLC and now everyone thinks that we’re going to do Road Rash at some point,” explained Sullivan. “I had a lot of fun playing that game, we think bikes are fun. We might make a Road Rash game…. But then we might make a game without vehicles in it. I mean, we made Black, I was the lead designer — we might make a game about blowing the crap out of each other!”

Sullivan then continued: “but Road Rash seems like a good fit for Criterion…” Oh, you. There’s also an explanation — a long one, at that — for why there isn’t traditional vehicle progression in Most Wanted. Worth reading, if you aren’t feeling the open-access approach Criterion is taking.

Criterion, Most Wanted and the art of racing game design [The Guardian]