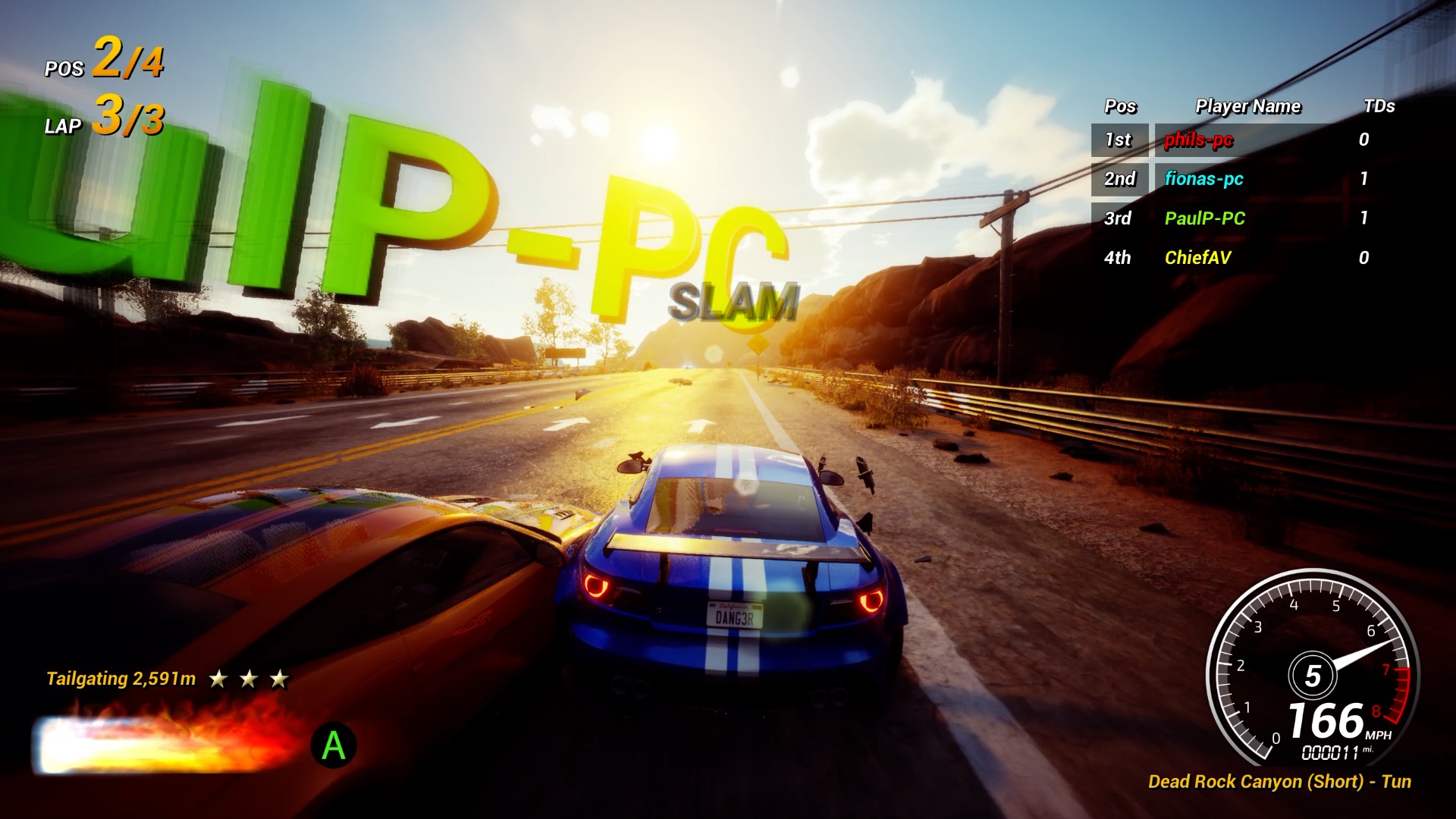 Dangerous Driving, Three Fields Entertainment’s answer to the lack of Burnout in our lives, has finally gotten its promised multiplayer mode. Offering the chance for six players to duke it out, the online-exclusive mode has 18 pre-set events for rivals to race on. While currently limited to simply racing, Three Fields promises future updates will add even more options for facing off against friends.

Despite generally tepid reception, I found Dangerous Driving to be quite good. The PC version was plagued with some issues from the Epic Games Store’s lack of features, but the game felt very close to what classic Burnout was. Since Three Fields has improved with each title, it’s only a matter of time before we get the usurper to Burnout’s arcade racing crown. For now, at least we can slam each other into walls while blaring “Danger Zone.”