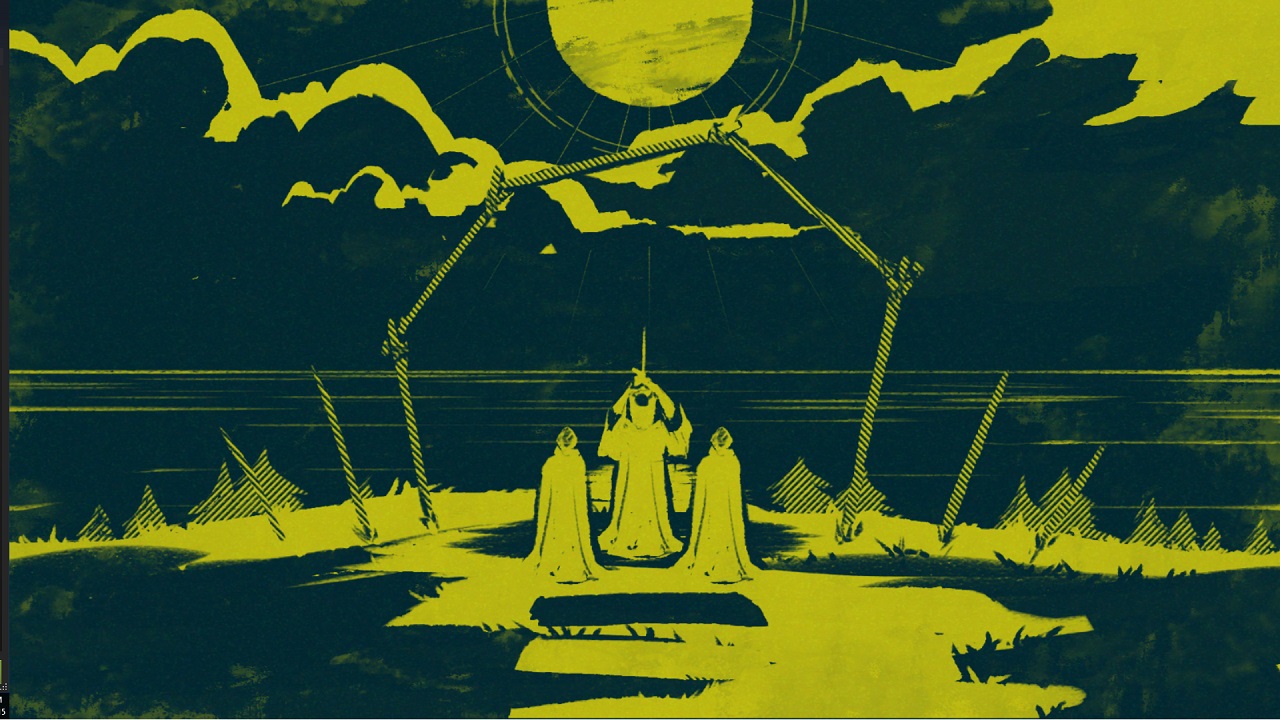 Is it murder if it’s for the greater good?

There’s nothing simple about presiding over a struggling community. People get pissed if you don’t take care of them. Groups get unruly, threatening rebellion when neglected and ignored. More often than not, it’s impossible to make everyone happy. You have to think about the big picture — certain choices might screw someone over, but if it’s good for the community as a whole, it’s often for the best.

In The Shrouded Isle‘s case, the big picture means waking a sleeping god. Cast as the arbiter of rule among a cult-like society, it’s your only job to balance law and order while pleasing the strange whims of a being that lurks below the sea.

I recently spent a few hours advising The Shrouded Isle‘s wayward souls. Though the game’s not quite finished yet (it’s set to release on August 4), the beta version I played shows promise. I like to think of it as a gothic management simulator; grim and twisted in all the right places, with plenty of book burnings, heretics, and ritual sacrifices to go around.

The Shrouded Isle‘s setup evokes dark, occult whispers. For nearly 500 years, the island’s inhabitants have waited for a supernatural savior. Now just three years away from its supposed return, players — acting as the community’s High Priest — must guide the populace’s faith in hopes of fulfilling a sleeping deity’s prophecy.

Mostly, this means appointing advisors from each of the island’s five main houses. There’s the Kegnni, Iosefka, Cadwell, Efferson, and Blackborn clans, each with its own specialty. The Cadwells, for example, are champions of Discipline. Their elected advisor will focus on confiscating illegal goods. Iosefkas are devout and fervent followers of the island’s bizarre religion. They’re all about erecting strange monuments across the land.

It’s not as simple as picking five advisors and letting them go about their business, however. Each house has a family tree consisting of six members, all of whom have different stats that affect the esoteric pillars of your small community: Ignorance, Fervor, Discipline, Penitence, and Obedience. The traits that govern any one character’s statistical boon or disadvantage are hidden at first. You have to either use someone as an advisor for a season or launch an investigation to uncover their “real” personality. 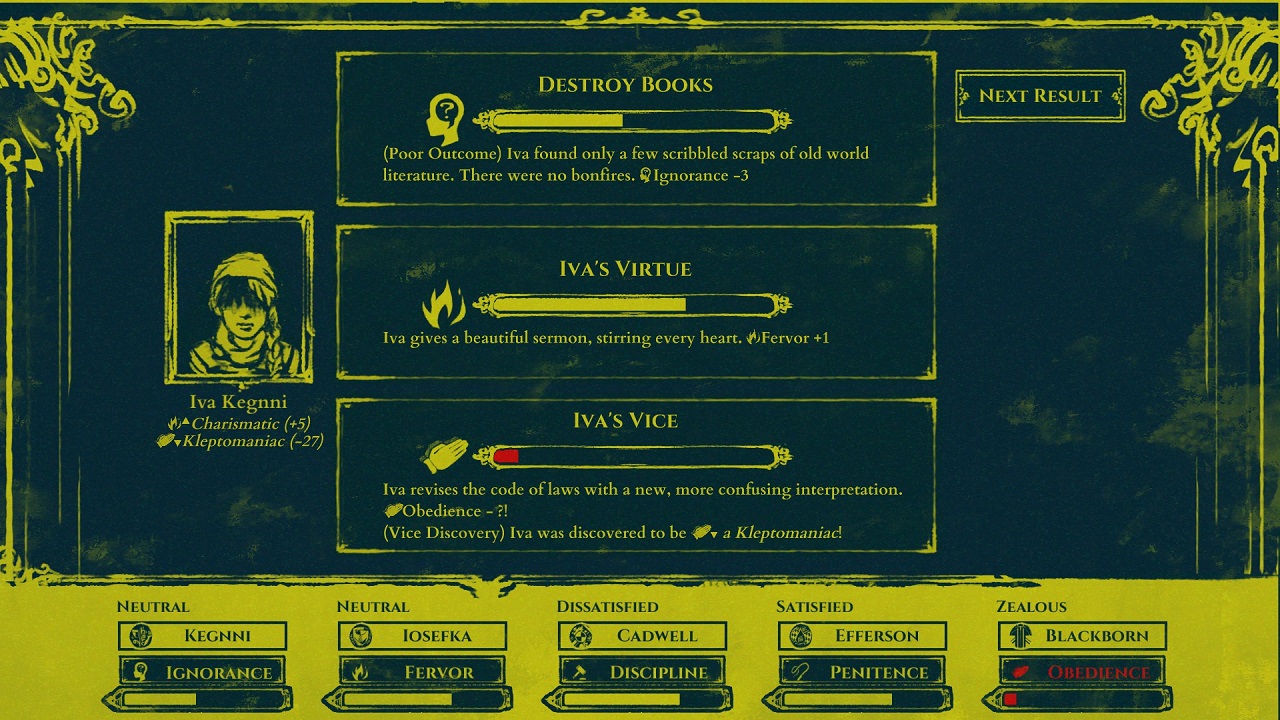 Things get complicated pretty fast. Balancing the personalities and wants of each advisor requires careful planning. Is it worth it to let Keggni burn books if their elected official is also super disobedient? Should a Cadwell that secretly hates his daily ritual of flagellating sinners be trusted as an advisor? Keeping both the houses and population happy is no small task. It’s a tightrope of torture and heresy, really, one that wobbles with the whims of fickle ruling families. Making it through all three years requires a lot of sacrifices, in the most literal sense of the word.

After completing a season, one of the current advisors must be sacrificed to please your absent god. As High Priest, you’re free to pick any one of the five, but choosing someone who hasn’t committed any serious crimes risks rebellion and retribution from their house. You’ve got to be careful and patience to suss out which ruler has a major vice — like, say, kleptomania — before sacrificing them without any consequence. After a few seasons, it feels like your advising board is a merry-go-round of assholes and sinners. I constantly wondered how anyone let these people rise to power in the first place.

It’s not easy being the High Priest. There’s always someone to sacrifice and people to please. The Shrouded Isle‘s greatest trick is its ability to take an occult setting full of wicked sinners and turn it into a challenging, playable form of bureaucracy. It’s a hell of a lot of work, but I guess someone has to organize the seasonal sacrifices.