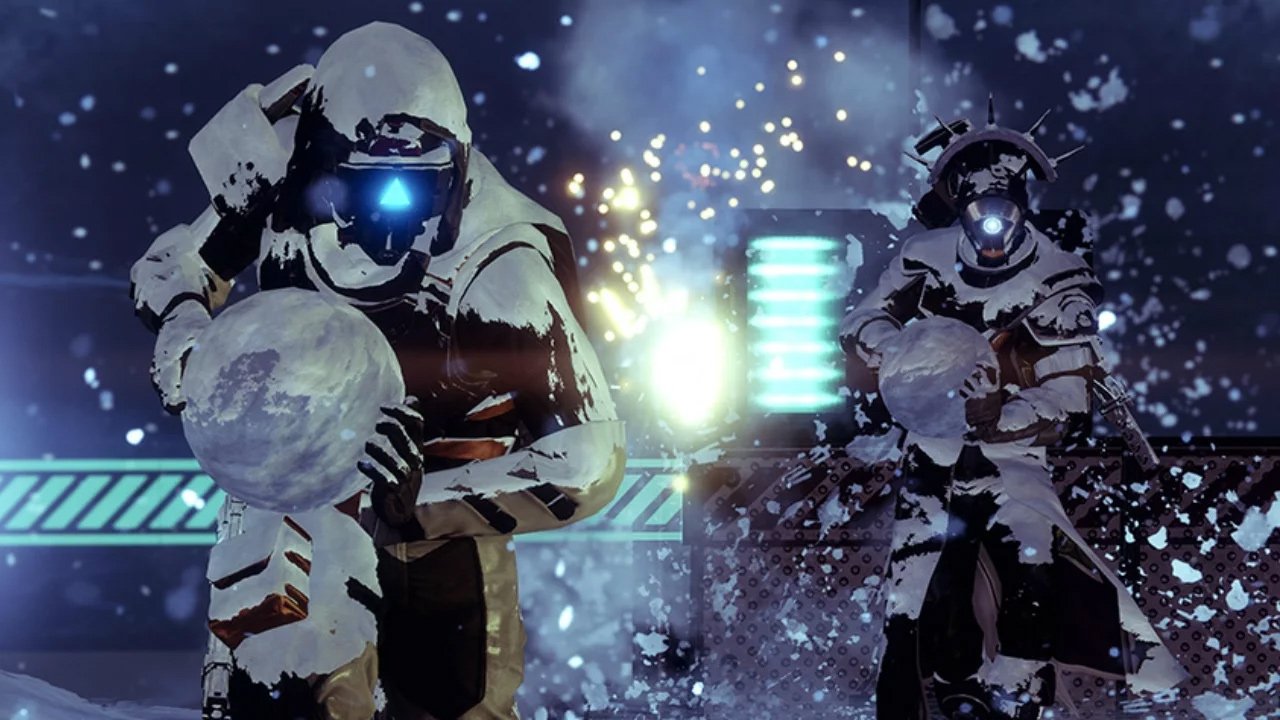 For one, you don’t earn seasonal loot boxes through leveling

Odds are you’re against loot boxes. The argument that they’re “cosmetic” isn’t enough to outright ruin a lot of games for me, but that doesn’t mean I have to agree with the practice.

The idea of locking so many skins and cool-looking content behind paywalls is absurd, and Bungie has taken it a step further with their winter “Dawning” event in Destiny 2.

On the surface, The Dawning is cute. As a returning event from the first game the main social hub (The Tower) is adorned with decorations, snow is falling, and you can pick up snowballs and chuck them at enemies for a slow debuff (and they’ll even be sprinkled with little frost bits in the process). But underneath the cheery veneer lies something more insidious; an extension of one of the worst parts of Destiny 2 at the moment. I’m talking of course about the Eververse, the baked-in microtransaction vendor that sticks out more than that one Dragon Age: Origins DLC vendor (remember that? It’s right up there with horse armor).

I had issues with the idea of tying mods, which impact gameplay (ever so slightly) to microtransactions day one. It’s a slippery slope, especially since you can break down these low quality mods down into more useful materials to buy really good ones to upgrade your power level, but now that we have Ghosts (read: robot helper equipment slots) linked to RMT (real money transactions), it’s even slimier. Ghosts directly provide buffs to the player, allowing them to earn various items slightly quicker, and the new event doubled down on Ghosts.

But that’s not the worst part somehow. You know how like, 99% of games that offer loot boxes will convert the ones you earn by leveling up into seasonal boxes (engrams) during the actual event? Yeah, Destiny 2 doesn’t do that, only offering sparing and limited engrams when it deems you worthy. Instead you’re earning regular old bright engrams by leveling up, with no attachment to the winter event. The one that’s basically shoved in your face with atmospheric unavoidable theming, and a pop-up for a quest for each character you log into.

Every micro-quest feeds into giving you a little taste of Eververse (and thus, a gateway to gamble), and dismantling unwanted objects does not provide Bright Dust — one of the currencies you can earn to spend on the Eververse (you can also buy Silver). Oh, and most of the cool items are absurdly priced, as in, I have basically enough dust to buy two whole pieces of armor from launch, and I play a decent amount for coverage purposes (as of the time of this writing my characters are now 334, 335 and 334). It’s a big bowl of wrong on top of the fact that players haven’t gotten any increase in vault space to actually hold it all. You have bugs on top of poor design on top of microtransactions. The game is currently a mess and most of it is avoidable if Bungie made some tweaks. Right now, we might get a response in 2018 for the utterly broken Three of Coins system that was just implemented. After they were caught skimming XP from players, and after several low key nerfs for loot-gaining exercises like public events.

Originally, the Eververse was implemented into Destiny later in its lifecycle as a way to help the live team provide free events for players — it was annoying, but the entire game didn’t feel built around it. Now, it’s a full-on gambling simulator that’s not only inserted itself into Destiny 2 at launch, but wormed its way into the leveling system as a whole and become an inescapable part of the game (high-end raids no longer provide cool aesthetic rewards like sparrows and ships, those are propped up at the Eververse now). It’s odd, because with all of the feedback coming in on how this DLC was a wasted opportunity, Bungie decided to double-down on making a quick buck before packing it up for the holidays.

It might be an easy win for “Grinch Move of the Year,” right alongside of EA and Battlefront II.