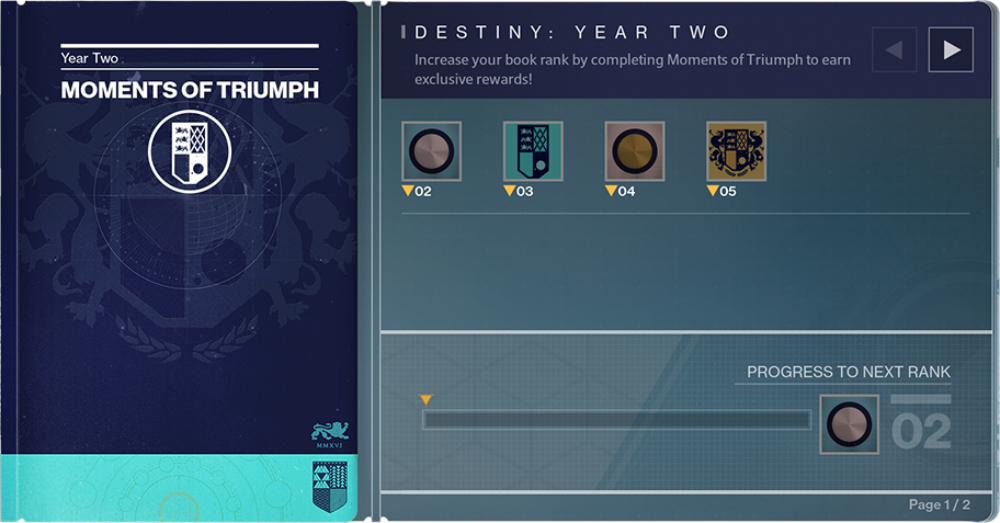 Bungie Day, a “holiday” created by the community 10 years ago, just celebrated the 25th anniversary of the company this week. Naturally a lot of the festivities include Destiny, and the developer finally unveiled the new Year Two Moments of Triumph (special/difficult achievements).

They’re in line with the leak, and will grant two shaders and two emblems for your trouble, depending on how many you complete. But Bungie is doing something interesting this year — offering a t-shirt for people who complete them all, which will benefit their charity, the Bungie Foundation. Yes, you have to pay for it, but at least the proceeds go to something worthwhile.

You have until September 20th to finish the lot, at which point the game will enter a new era with Rise of Iron. Previous generation players will be left behind.