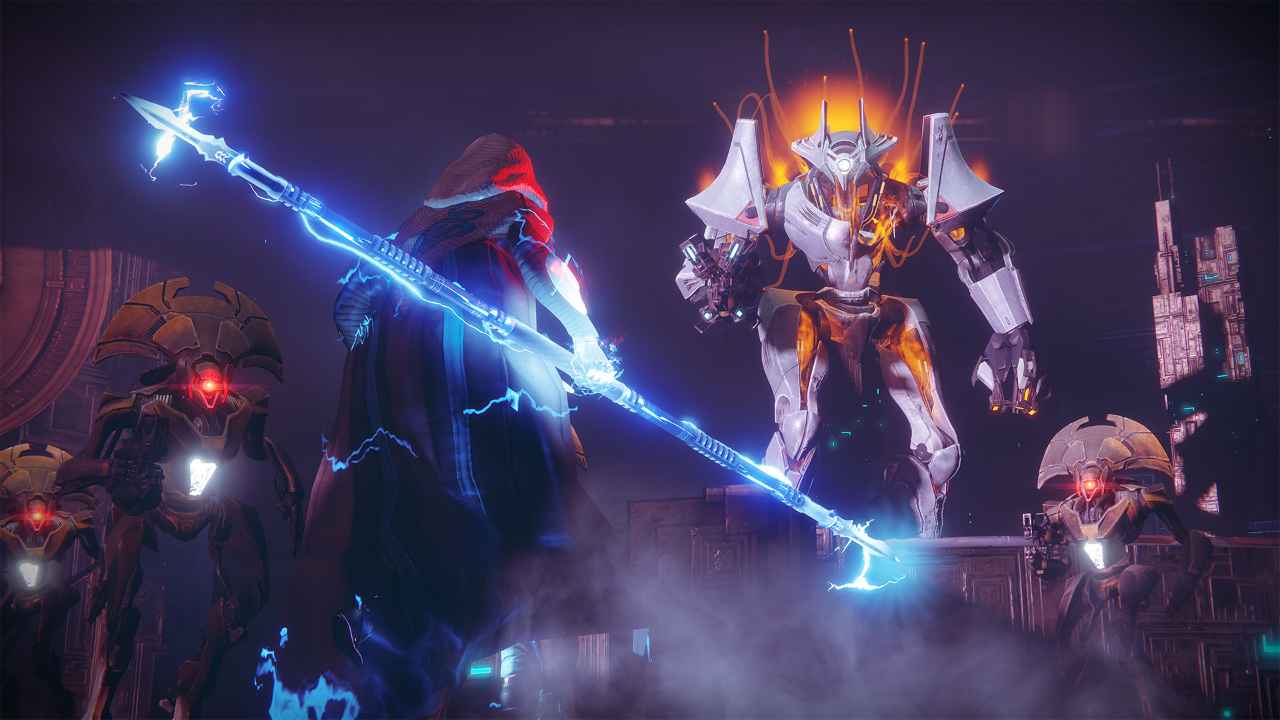 It turns out seasons last about three months

Ever since the day Destiny 2 launched, there have been hints of seasonal content here and there. Scrolling to the clan tab shows off your current clan rank, as well as the associated rewards for the current season. Bungie is at Twitchcon this weekend and its panel on Friday was all about the plans for how its loot-shooter will evolve over time.

The big takeaway message for how Bungie is treating seasons is that it wants to be more consistent in its delivery of new content. Destiny 1 saw an unpredictable smattering of live events, like how the Valentine’s-themed Crimson Days showed up in February of 2016 but was absent this year, or how Sparrow Racing League showed up out of nowhere in December of 2015 but evolved into the much more substantial Dawning the following year.

For Destiny 2, the team wants to release new content on a roughly quarterly basis. We’re in season one right now, but the stream showed a lot of what to expect when season two hits in a couple months.

Each season will have a theme, and the second season will be about The Dawning. With its wintry setting, some of the new activities teased were ice hockey and snowball fights in the Tower. The new season will also usher in new cosmetics like emotes, ships, Sparrows, and Ghost shells.

The kicker with most of the above are that they typically come from Bright Engrams, which are Destiny 2‘s loot boxes. (They are earned at a slow, steady rate, but they can be purchased with real money.) Once the first season ends, a lot of that stuff will no longer be available. Bungie presented it as a sort of vehicle to show off one’s Destiny cred in the future, as in “I’ve been playing since the time the spicy ramen emote was around.” A more cynical take might be that if someone wants a particular cosmetic before the season is finished but hasn’t been blessed by the random number generator, he might be driven to start paying up in order to cash in Bright Engrams at an accelerated pace.

Clan rank rewards were also shown as a way to boast about having been around since X time, without the microtransactions that come with Bright Engrams. Those clans that reach rank six in a season will get a new clan staff to display that reflects what was happening at the time. For instance, the first clan staff looked like it was put together from Cabal material to symbolize the Red War central to Destiny 2‘s main story campaign. After the transition between seasons, clan ranks will reset to zero and the small buffs provided by ranking up will be changed to reflect the new fight on our hands.

Perhaps the most welcome news about seasons was that Bungie has plans to tweak the reward system come season two. Certain vendors will still accept tokens as they do now, but specific pieces of gear will be purchasable with tokens and legendary shards. Even more exciting for those who consider fashion the true end game, armor ornamentation will be making a comeback. An example was given that the Iron Banner armor could potentially be ornamented by winning a set number of Iron Banner matches.

Speaking of Iron Banner, there will be one more round of it this season (without the updated vendor behavior), so we’ll have another chance at the gear before it cycles out. The same goes for Faction Rally: one more instance before the season change for that too.

Season two ought to launch some time in late November or early December, which coincides nicely with the plans for the first DLC pack. Interested parties should keep an eye on Bungie’s Twitch channel; it has three streams planned for the month of November to show off more of what to expect from Destiny 2‘s first big update.