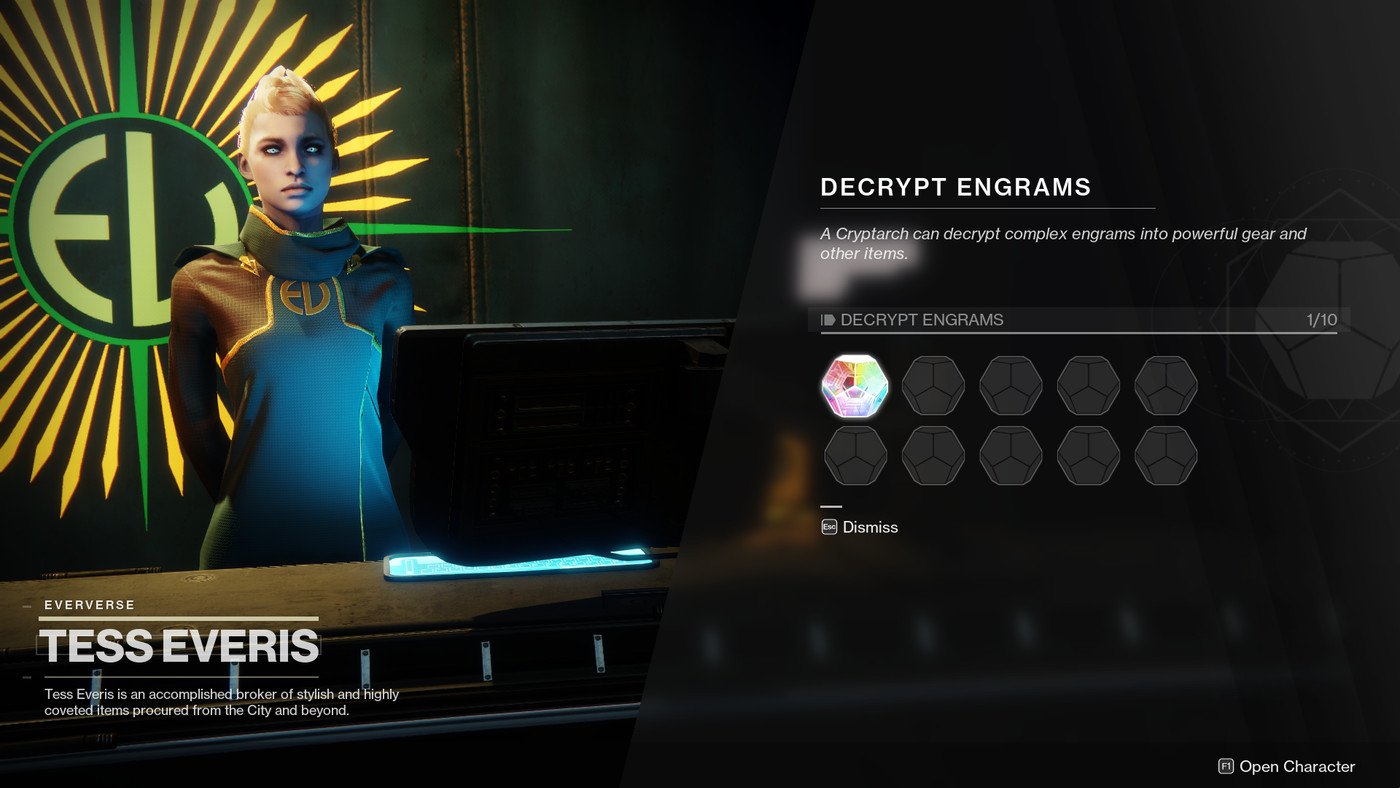 I guess it wasn’t Activision

A little over a year ago Destiny 2 fans were up in arms regarding the expansion of the “Eververse,” the game’s microtransaction store. Fans took to pretty much every official forum they could to voice their concerns, mostly blaming Activision for being “greedy” and implementing the system in the first place. After Bungie broke from the publisher earlier this year they explained that they were entering a “brave new era” of the game, which led to assumptions that they would alter monetization to remove some of Activision’s influences. Nope, that brave new era involves more microtransactions.

After the move Bungie was fairly mum on the fate of the Eververse outside of an update this summer, but in a blog post today director Luke Smith explains that not only is it here to stay: it’s going to be implemented front and center on the main map so you always see it, and it’ll offer more stuff than ever before.

Smith calls it the “evolving Eververse,” and explains that although it doesn’t make a dent in the cost to produce major content like expansions, it “funds ongoing development of Destiny 2,” citing an example like the Zero Hour mission/rewards. It’s also going to get more expansive, with extra tabs for classes and cost reductions for finishing a set (to entice people to send more silver, or premium currency). This is on top of paying for new expansions, and ponying up for an annual pass, mind.

In other news, Smith calls the move to the annual pass system in Destiny 2 “a big transition” as they try to move away from DLC, but says it became “a toll” on the team at Bungie, specifically using the word “grind” when referring to work on the game, stating that it “wore people down.” Smith says they plan on addressing the issue in Year 3 with more mechanics like Black Armory’s bounties, the Reckoning Machine, and the Chalice.

Future director’s cut updates will focus on supers, PVP, armor, stats, damage numbers, “and more.” There’s a lot more granular info on things like powerful sources (endgame) and the like, so if you’re a fan, give it a read, as it’s very insightful! But that doesn’t mean I have to be happy about how the game is monetized in light of competitors like Warframe, which is free-to-play.