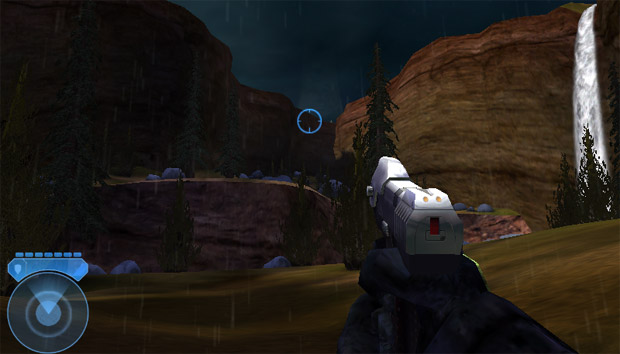 Man, I love that thing

Love it or hate it, Halo‘s iconic pistol will be remembered where so many other firearms featured in first-person shooters will not. Speaking to IGN in a rare interview appearance, Bungie co-founder Jason Jones recounted how the handgun came to be so surprisingly powerful:

“There was a moment towards the end of Halo 1 where we were very close to locking down,” said Jones. “The balance on the pistol was such that both in the competitive game, but also in the solo game, it wasn’t where we wanted it to be. It was too late to change the … Well, we didn’t feel comfortable actually changing the data anymore. The game was so locked down that when you changed a piece of data, gigabytes of crap had to be reprocessed.

“What we did feel comfortable doing was changing the code, and so … I added code specifically, when the map was loaded, to change a single number on the pistol. Whether that was ‘ninja style’ or not, I’ll be happy to let you decide.” Forever setting the record straight, Jones says he “will take the credit and blame for the pistol in Halo. I’ll take the blame for everything in Halo.”