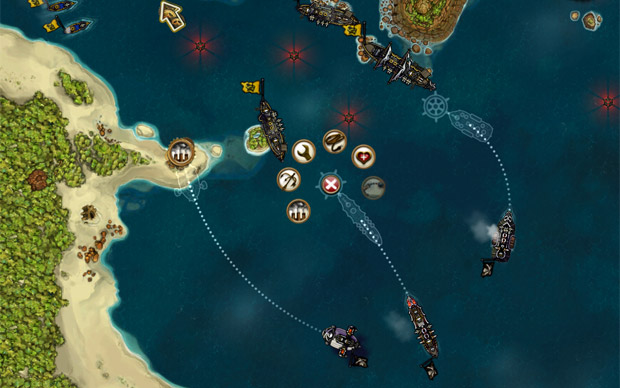 A couple of months back, we found out about Bungie Aerospace. This initiative to support and foster independent developers of social and mobile games came with an announcement for Harebrained Schemes’ Crimson, which is now going by the name Crimson: Steam Pirates.

It’s a free iPad title, set to release on September 1. With PAX right around the corner here, yes, it will be playable at the show — booth #682. Steam Pirates is a turn-based strategy game set around steampunk pirates in the Caribbean. Further details about the fiction of this world can be found at the previous link.