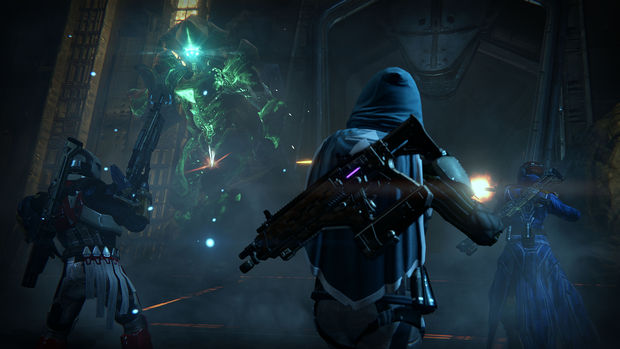 Chalk this up to “it should have been in at launch,” but you can now transfer items between characters in Destiny. The process isn’t perfect though since it isn’t in-game, but you can do it by way of the companion app or Bungie.net, which is a start.

Basically all you do is select your character’s inventory (or the vault) by way of the interface, and then you can equip weapons and move anything around, even if you’re in the middle of a mission (the only caveat is you can’t insta-equip mid-mission, but you can still just move it to your active gear).

But let’s talk about the biggest update of all — splitting stacks! Previously it was impossible to split items, leading to massive piles of 200 or more materials being switched between characters over and over. Now you can split it equally among all your characters if you want — no need to go to the Tower three times every time you want to switch.