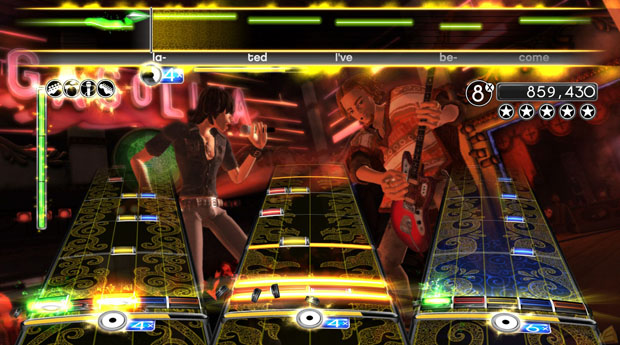 Rock Band and MTV exec Paul DeGooyer sees the combination of games and music working out. I can see his dollar sign eyes now; over 60 million tracks have been downloaded to date.

At a gaming panel at Midem, which also brought Ubisoft music director Didier Lord and Activision music exec Tim Riley to the table, DeGooyer pushed the idea of games and music together. He stressed “building content” and said that “these games could become a permanent piece of the puzzle for artists.”

I get that. How about a package where you get everything related to that music in one bundle?

“We would like to see a world where in your premium bundle of the next Muse album you can get the album for your favorite console,” DeGooyer dreamed.

I’m not a Muse fan, but I love the idea of a one-stop shop. I’m thinking even bigger though. The deluxe bundle should include the CD, a music video disc, digital versions of music and video for your players, track downloads for your console and/or supported music game.

I just wonder if these execs are dreaming too big and are expecting too much out of the music game genre.