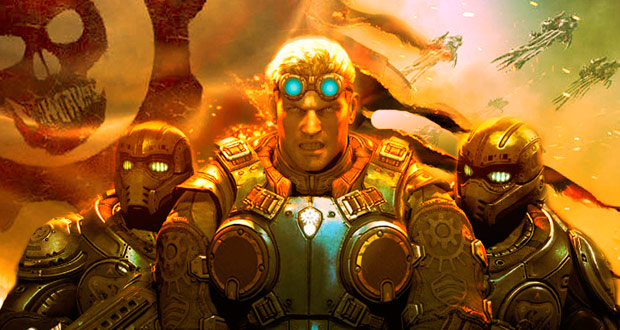 People Can Fly sure knows its multiplayer! Odd multiplayer armor choices aside, Gears of War: Judgment’s multiplayer is looking to have some of the most robust options and refined mechanics in the series. The inclusion of the new Stim and Beacon grenades alone should make for much more interesting matches.

Adding to the new toys to play with, People Can Fly is also injecting some much-needed verticality to maps, as well as its own twist on player leveling and systems in the form of the Prizeboxes. Taking out opponents, completing challenges and earning ribbons can net players bonus XP and exclusive skins to customize their COG with.

Additionally, Sumthing Else Music Works has announced it will be releasing Gears of War: Judgment – The Soundtrack to the retail and digital music markets on March 19, 2013. Launching alongside the game, the soundtrack will feature the music of Steve Jablonsky and Jacob Shea, veteran game composers who have both worked on previous Gears of War titles.