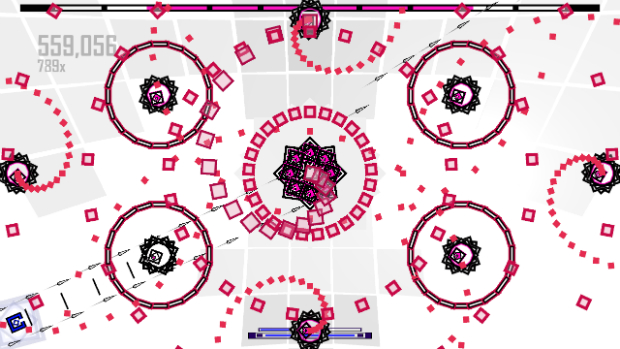 The soundtrack is pretty rad, too

Zenzizenzic may have a ridiculous name, but it has a genuinely interesting story behind its development. Ruud Koorevaar would not have been called a game developer when he began work on the twin-stick bullet hell shooter; he knew nothing about the process, but was determined to teach himself.

The result is Zenzizenzic, and after two years of work on it, the project is nearing completion. Koorevaar put it up on Kickstarter to help fund the final bits of development, and perhaps to gain enough money to work on an expansion for it. With an incredibly modest goal of only €2,000, it seems likely that it will achieve that.

Particularly noteworthy is the soundtrack, which is composed by bignic, who is responsible for my favorite album of 2012, Zombies. It might be worth backing just to get more of those sweet tunes. Outside of Kickstarter, Zenzizenzic is also seeking approval on Steam Greenlight.